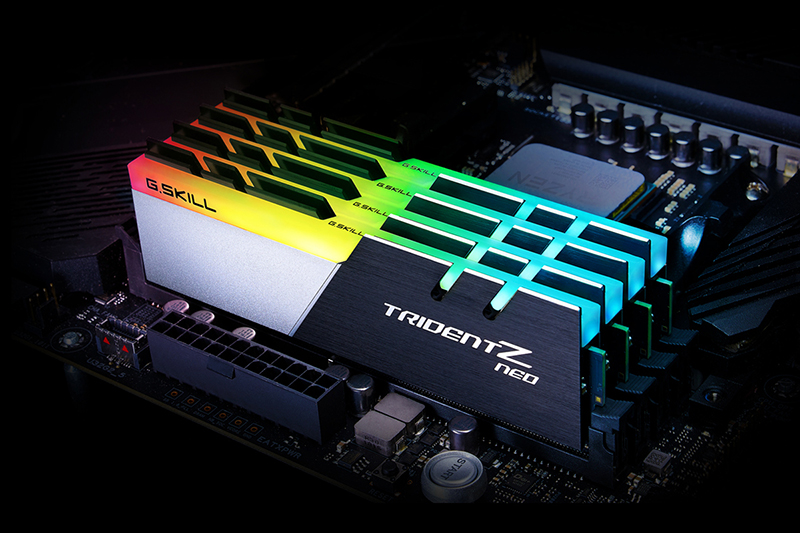 G.Skill has announced the Trident Z Neo, a new memory series for the latest AMD Ryzen 3000 processors and X570 motherboards. These are still Trident Z sticks though, so they look pretty similar to the existing Trident Z RGB memory. However, they do use a new dual-tone black and silver heatspreader design for a more eye-catching look.

AMD's Ryzen chips have always loved high memory frequencies because of how the Infinity Fabric clock was tied to the memory clock, so you'll be happy to know that the Trident Z Neo is available in kits up to DDR4-3600. The timings look pretty good as well, and the fastest DDR4-3600 kit comes in at CL14-15-15-35.

The new memory will be available in a range of capacities, speeds, and timings. You can get them in 16GB, 32GB, and 64GB flavors with speeds ranging from 2,666MHz to the aforementioned 3,600MHz. In addition, G.Skill says the Trident Z Neo memory was engineered specifically for Ryzen 3000, so they feature unique CL timings for optimal performance. 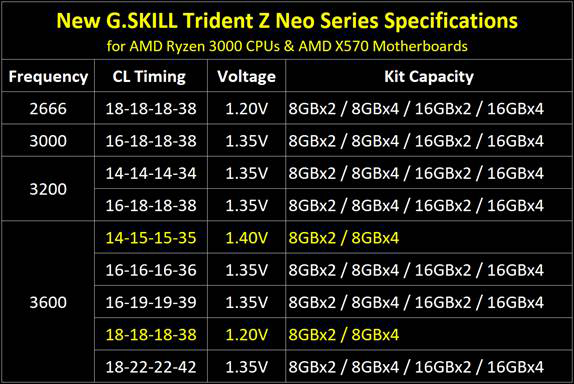 There's no pricing information at the moment, but G.Skill says the Trident Z Neo memory will be available to buy this month.

Join HWZ's Telegram channel here and catch all the latest tech news!
Our articles may contain affiliate links. If you buy through these links, we may earn a small commission.
Previous Story
Japan and South Korea's ongoing dispute could disrupt global flash memory supply
Next Story
Mozilla wants you to pay US$4.99 per month for a premium, ad-free browsing experience