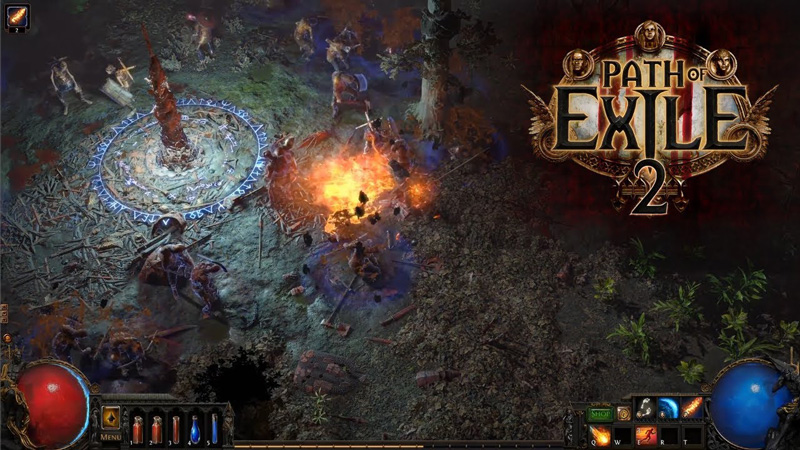 Grinding Gear Games has announced a sequel to their dungeon-crawley action RPG, Path of Exile. The announcement was made at their annual ExileCon event, with a reveal of the sequel’s first trailer.

The game, titled Path of Exile 2, will feature a new seven-act story - with a twist. Players can choose between playing Path of Exile’s campaign or the new game’s campaign, but both will lead to the same endgame.

Path of Exile 2 will also include all of the expansion content added to the Path of Exile since its 2013 release. Essentially - it’s not an entirely separate new game; rather, it is an expansion and overhauling of the current game, much like Overwatch 2. A gameplay trailer was also released:

Path of Exile 2 comes with 19 new Ascendancy Classes, which will come from the same archetypes as the original game’s Exiles - but with different abilities. A new Skill Gem system will replace the previous skill system, with a similar level of customisation and less fuss.

According to its official website, Path of Exile 2 does not have a definite release date - though Grinding Gear Games intends on starting a beta by late 2020. It’s also mentioned that development of Path of Exile 2 won’t slow down the typical three-month cycle of updates to the original game, so players won’t have to worry about the developers jumping ship on them.