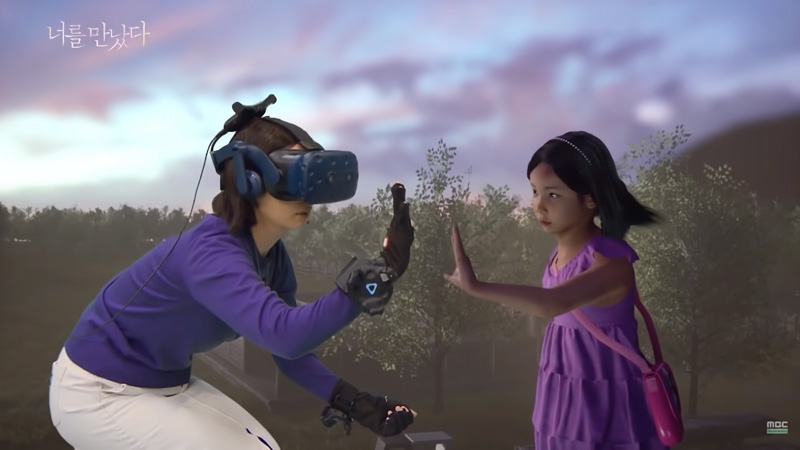 Aju Business Daily reported that the documentary ‘I Met You’ followed Jang Ji-sung and her daughter Nayeon, who passed away from an incurable disease at just seven years of age. The show also followed the creation of the VR software used to virtually replicate Nayeon, which took months to build. An elaborate park was also built in virtual reality, where the two would meet and celebrate Nayeon’s birthday.

The clip below is just a 10-minute segment from the full show, but it’s no less difficult to watch. The mother interacts with her daughter fully replicated in 3D, which isn't easy at first. She is also able to move and interact with her, using her touch-sensitive gloves. A greenscreen set shows us the virtual park the two meet in.

It’s an incredibly hard watch - but also touching, in a sense. Jang Ji-sung was provided the closure she never had in real life via virtual reality. She told Aju Business Daily that it might be 'a real paradise', saying:

I met Nayeon, who called me with a smile, for a very short time, but it's a very happy time. I think I've had the dream I've always wanted.

Though her words are touching, it’s hard to ignore the fact that every intimate moment of their reunion was filmed and put on TV for ratings and ad revenue. I shudder to think of a world where this kind of technology gets similarly commercialised, and businesses get to capitalise and exploit the grief of those who have lost their loved ones.

The world is getting more and more Black Mirror-esque by the day, isn’t it?