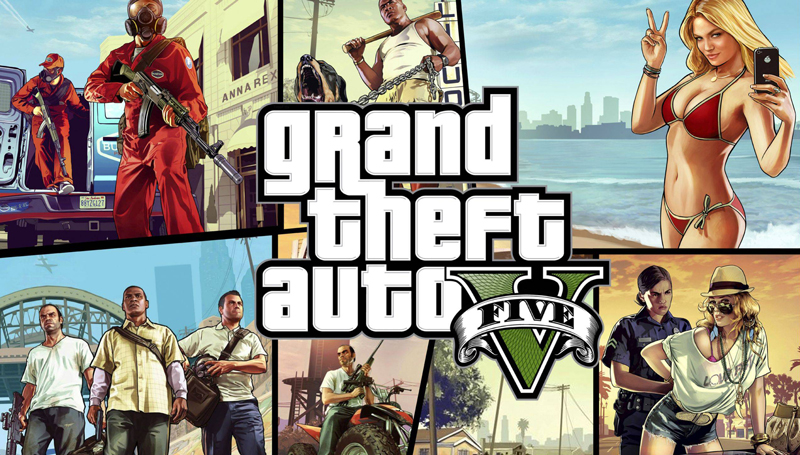 Here’s your chance to get one of the most popular videogames of all time for free.

The copy given away is the Premium Edition of GTA 5, which includes a ton of additional content for GTA Online, valued at over GTA$10,000,000 in in-game currency. If you’re planning to dive into GTA 5’s extensive and constantly-updated online mode, this version of the game will give you a great head start.

The Epic Games Store had previously teased this announcement by labelling it a free ‘Mystery Game’, finally revealing it to be GTA 5 yesterday. The moment the game went up for free, players flooded the website in overwhelming numbers - and crashed it. That’s the power of a free game for you.

We are currently experiencing high traffic on the Epic Games Store.

We are aware that users may be encountering slow loading times, 500 errors, or launcher crashing at this time and we are actively working to scale. We'll provide an update as soon as we can.

Rockstar Games has a brilliant resume of open-world games under their belt, and GTA 5 is one of their very best. In the story campaign, you'll rotate between three characters in a sprawling, action-packed story set in Los Santos - a fictional city modelled after Los Angeles. The game's online mode, GTA Online lets you create your own character, perform heists and otherwise wreak absolute havoc in online multiplayer.

GTA 5 is free to keep forever until May 21, at which point the game will be rotated out with another mysterious free game. However, you’ll have to enable two-factor authentication on your Epic Games accounts to redeem the game. You can grab the game here.

It’s worth making an Epic Games Store account at this point, even if you don't want GTA 5. The store has been giving away free games on a regular basis since 2019, including big titles like Just Cause 4, World War Z and For Honor. This isn’t even the biggest thing Epic Games has done this week - they recently showed off a spectacular demo of their updated game engine, Unreal Engine 5 running on the PlayStation 5.

Our articles may contain affiliate links. If you buy through these links, we may earn a small commission.
Previous Story
NVIDIA DGX A100 supercomputer is half the cost and size with double the performance! How does it do it?
Next Story
Intel launches global initiative to eliminate carbon and waste and achieve carbon-neutral computing