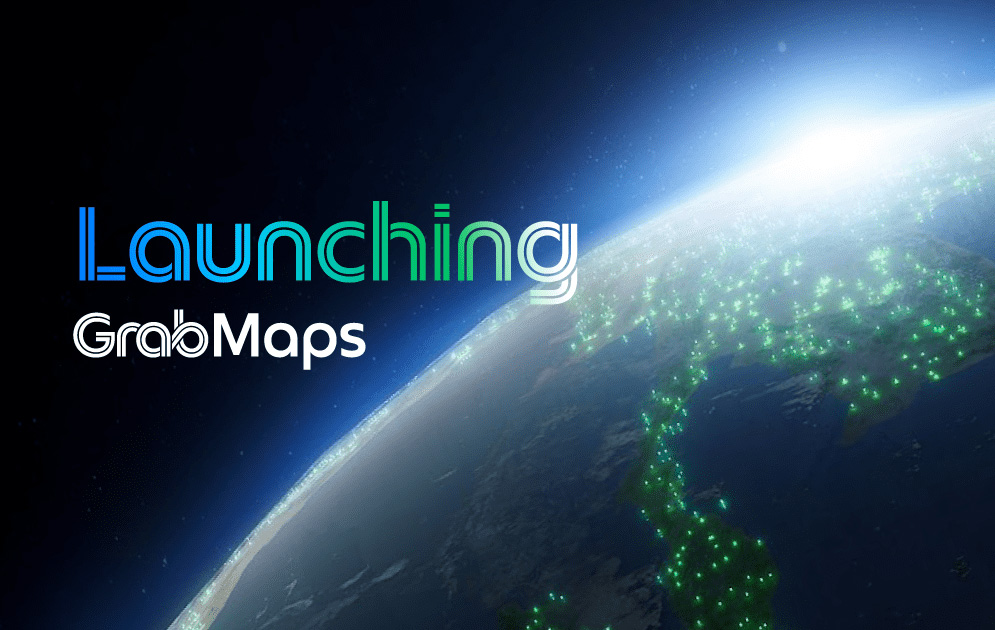 If you've ever used any Grab service before, from booking a ride, to ordering food or purchasing groceries, you've probably seen the map that shows you the route a driver is taking, along with the ETA and traffic information.

The mapping solution will no longer be an outsourced or third-party service. It's now GrabMaps, a map service built from crowdsourced data gathered by Grab's mappers, driver-partners, merchant-partners and consumers. And today (8 June 2022), Grab is launching GrabMaps for Enterprise, a service for other companies to take advantage of Grab's mapping data and capabilities.

Grabbing its own maps for use

GrabMaps for Enterprise is composed of four services, which Grab will release progressively. The first two, available immediately, are a license to its base map data. These include places, road and traffic data, and rich data, such as appropriate parking spots and excluded vehicle types. The second is a suite of map-making tools, such as the KartaCam, the company's alternative to more expensive map-focused cameras, which is being piloted in cities like Paris, Johannesburg, Dubai and Seattle.

The two other services are APIs for developers to embed GrabMaps into their own apps, as well as software development kits, which will be released later this year and next year, respectively. The company says the service as a whole will be competitively priced as well.

The Why, How and Future of GrabMaps 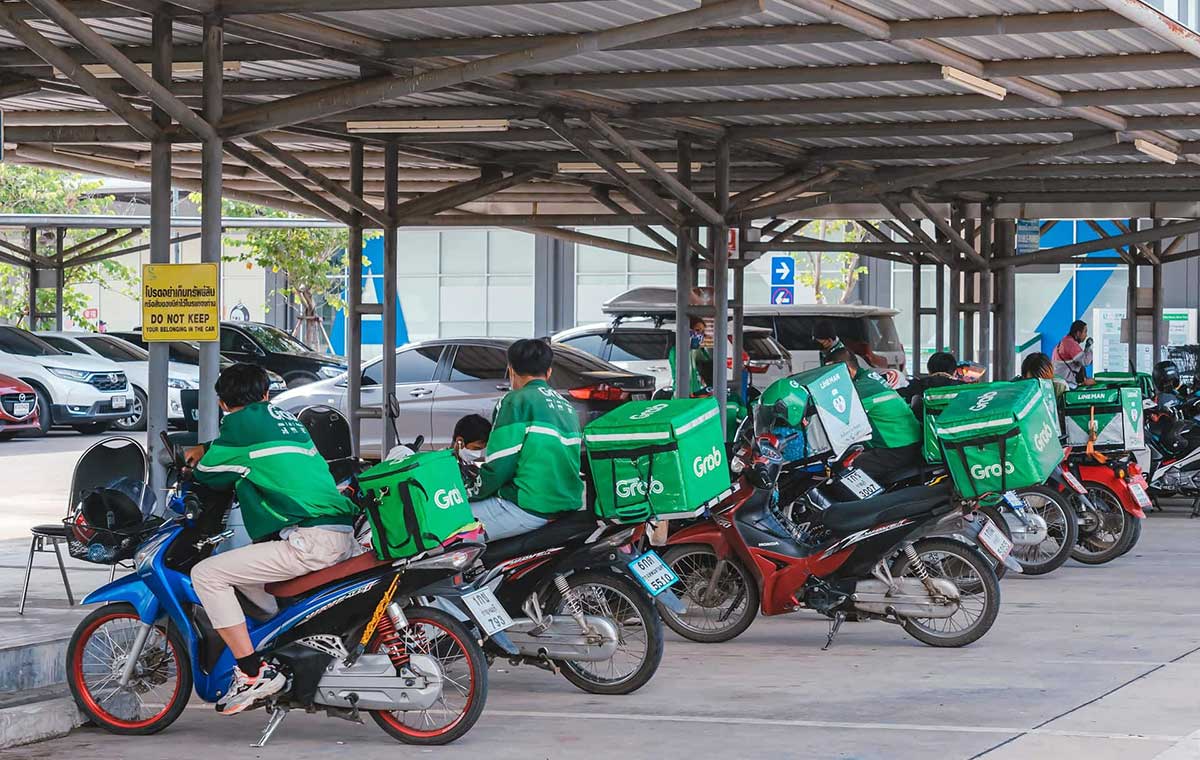 Grab, which focuses on providing an array of services in the Southeast Asia region, says that previous third-party mapping services lacked certain hyper-local features Grab was looking for. These include small alleyways or narrow side roads (which are more suited to motorcycles), the right pick-up and drop-off points in sprawling SEA malls, as well as quick data refreshes.

That last one was a particular issue for the company; the rate of people moving from rural to urban centres in Southeast Asia meant that roads and public services were being constructed faster than the refresh rate of other map services (which can take months to a year) can handle.

This was the state of the maps Grab was using just five years ago, which spurred the company to begin GrabMaps. Partnering with OpenStreetMap, an open-source mapping project, one of the key points of GrabMaps is its community-focused approach. Aside from gathering data from trips and orders since 2017, it also relies on local drivers and merchant partners, who help contribute to the map by contributing imagery, feedback and Places of Interest (POIs), along with verifying data from other drivers. Map-making hardware and software for GrabMaps is proprietary to Grab as well. 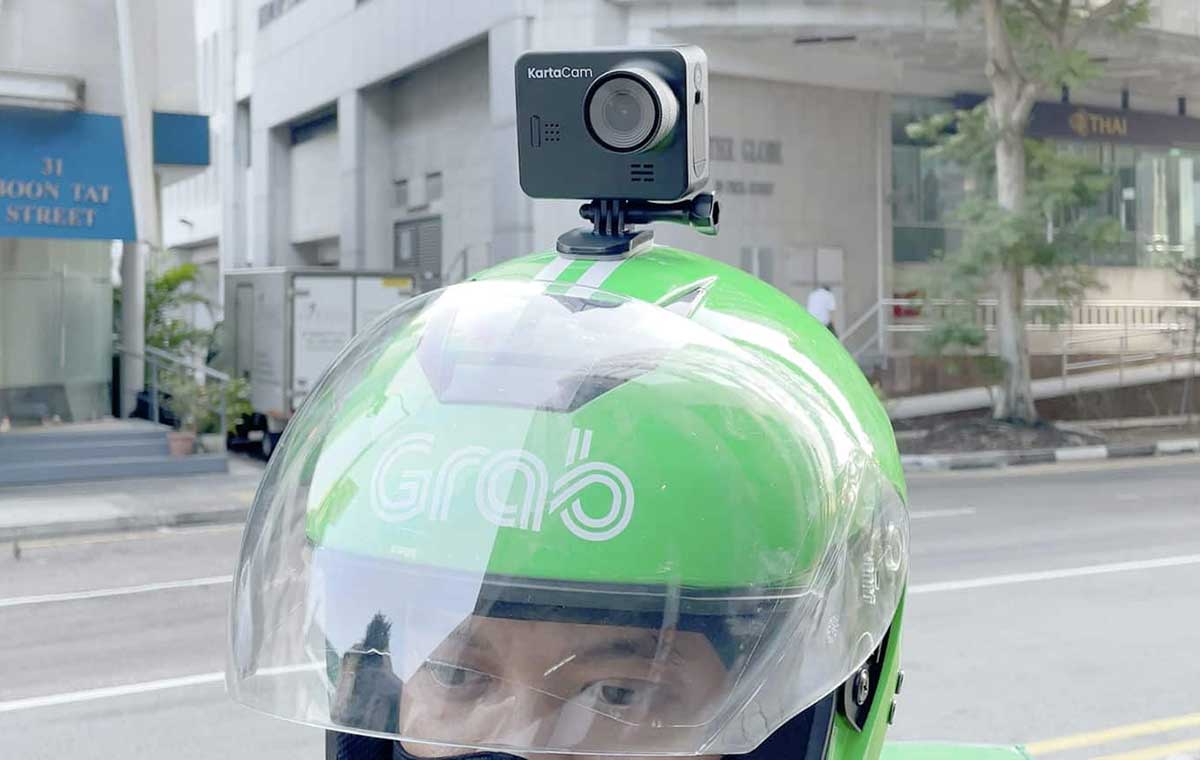 One instance of Grab pushing community-driven mapping is by turning it into an additional income stream for drivers, who are equipped with one of Grab's KartaCams. Grab says that the KartaCam is about ten times cheaper than similar mapping alternatives, and focuses on ease of use so that no training needs to be provided to drivers (although Grab allows only high-performance drivers to do this extra job).

A tangible benefit for existing driver- and delivery-partners is higher accuracy in fulfilling orders. For example, the map can point riders to legal parking spaces in dense areas, cutting down precious time in meeting demand for deliveries and rides.

The product of all this work is over 800,000 km of roads and 33 million Points Of Interests added to the SEA region on OpenStreetMaps. This includes 250,000 meeting points, as well as other local features like toll calculators and being able to show alternative routes based on distance time, and tolls. Grab says that 7 out of its 8 SEA markets are now powered by GrabMaps (with Indonesia's mapping yet to be ready), with 100% mapping self-sufficiency achievable by Q3 of this year.

The company did not reveal how much it's spent on GrabMaps over the years, nor can it say just how much it can expect to save on mapping costs with GrabMaps. However, it did mention that the investment comes from not having to pay third-party providers, better job efficiency from driver-partners, and now, the ability to monetise its mapping data through enterprise customers.

For now, Grab is targeting big tech companies in its initial customer outreach, but over time, expects it to expand to other use cases. Two examples given by Grab's Head of Geo, Philipp Kandal, are for urban planning and maintenance, where imagery has to be recent.

As for the future, and perhaps what businesses can expect if they begin using GrabMaps for Enterprises, Grab says that it plans to focus on improving the richness of its existing data, its indoor navigation capabilities, as well as working with next-generation hardware. As for mapping beyond Southeast Asia, the company isn't currently targeting any specific region, saying that it will depend on where its partners would want to focus on.

Join HWZ's Telegram channel here and catch all the latest tech news!
Our articles may contain affiliate links. If you buy through these links, we may earn a small commission.
Previous Story
Samsung unveils Galaxy S22 Ultra Diablo Immortal Edition in Korea
Next Story
GOG is bringing in Alien: Isolation and other SEGA hit games DRM-free for the Summer Sale