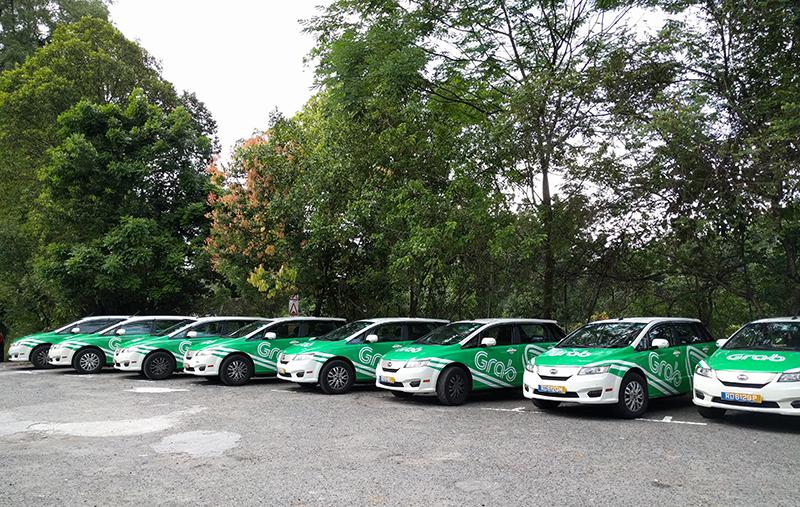 Grab launches a new JustGrab feature today – it hails fixed fare GrabTaxi and GrabCar rides at a single tap of the JustGrab button.

Earlier last month, taxi operators sought approval for implementing dynamic pricing in their taxi fleets. Today, while metered taxi rides still remain as an option, partnered taxis from Trans-Cab, SMRT, Premier, Prime, and HDT Singapore Taxi will be riding in on Grab’s fixed fare structure. JustGrab will be available to the public come 29th March 2017, while the beta-testing starts today.

For the uninitiated, a key feature of the private car fixed fare structure is dynamic pricing (or Surge pricing if you’re riding with Uber). Typically, the ride offers one fixed fare for the journey. During periods of high passenger demand and low taxi supply, the algorithms that manage private car-hailing apps would charge a higher final fare, which is shown before a booking. The prices generally return to typical rates after peak periods are over. Not only are the fares upfront (with the exception of ERP charges since that’s only added at the end of a trip), fixed fare pricing also means that the ride’s cost isn’t tied to the ride duration or traffic conditions.

How is JustGrab different from Flash?

JustGrab seeks out the nearest available GrabTaxi or GrabCar vehicle, and it charges one fixed fare price that’s identical no matter which vehicle you hail. Grab’s existing Flash feature is slightly different – while it searches for the nearest GrabTaxi and GrabCar vehicles as well, only GrabCar rides offer fixed fares while the scouted GrabTaxis charge an estimated price as it’s subjected to the taxi’s fare meter.

The partnered taxi drivers can opt to pick up both Grab passengers who prefer fixed fare rides, as well as metered fare clients. Similarly, passengers who still prefer metered taxi rides can still opt to book only GrabTaxi. All existing Grab services on the app still remain.

Wouldn’t the rides be pricier across the board?

Nobody can be certain. Currently, the dynamic pricing fluctuation for fixed fare rides is based on algorithms by ride-hailing apps, but these numbers aren’t transparent to passengers. Cross-checking or comparing dynamic fares involve firing up a rival ride-hailing app for a quick peek.

Grab’s statement said that “dynamic pricing adjusts to real-time market demand, resulting in cheaper fares at low demand periods”. However, Grab also said that the driver’s performance and the general reception of the new service can and will affect prices, even after JustGrab’s implementation.

“At Grab, we believe in pooling together resources to solve urban mobility issues. JustGrab combines the strengths of taxis and cars to improve the efficiency and affordability of point-to-point transportation in Singapore… …Our hope is to encourage more people to use shared transportation over personal cars, and offer our driver-partners additional income opportunities from our growing passenger base,” said Melvin Vu, Head of GrabTaxi Singapore.

We asked Grab about the pricing model for fixed fare GrabTaxis, and they said that it's based on the same pricing model used for GrabCar's current fares.

Join HWZ's Telegram channel here and catch all the latest tech news!
Our articles may contain affiliate links. If you buy through these links, we may earn a small commission.
Previous Story
Gigabyte’s RGB Fusion app will let you control Corsair’s new Vengeance RGB memory modules
Next Story
Apple drops a bunch of new straps for the Apple Watch