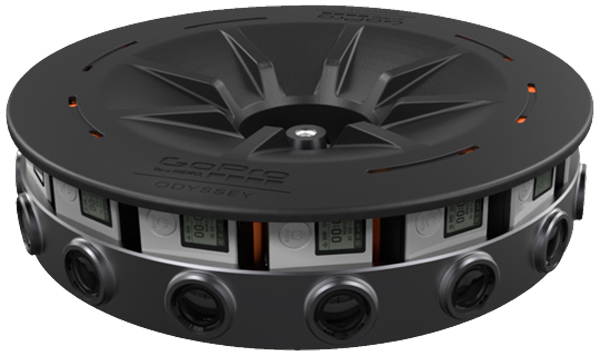 GoPro’s Virtual Reality (VR) rig is finally ready for use. Their stereoscopic panoramic capture rig, dubbed the Odyssey, is now available for professionals who wish to own a VR camera rig made of 16 GoPros knitted together. 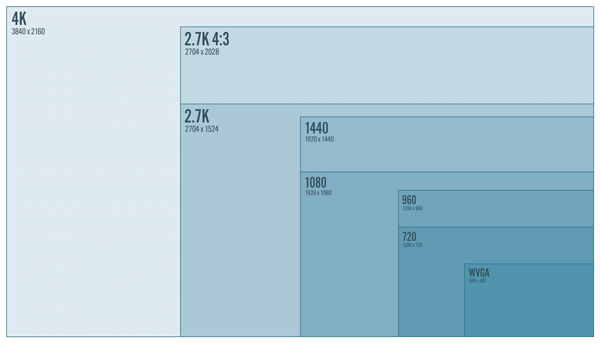 By using a total of 16 flagship GoPro HERO4 Black cameras, set in a circle within the Odyssey Panoramic Capture Rig, you can capture videos up to 2.7K resolution in 4:3 aspect ratio (2704 x 2028 pixels) at 30 frames per second (fps) in NTSC mode, or 25fps for PAL. The footage from all the cameras will then be processed in the Jump assembler – a VR processing technology by Google – and the Odyssey will have an output resolution of up to 8,000 x 8,000 over under panoramic MPEG4 video, with a bit rate of 600Mbit/s.

Other features of the Odyssey include additional support for external power (AC/DC) via XLR connector, and external support for stereo microphones, using a 3.5mm microphone adapter that’s sold separately. What is included, however, is the Zoom H2N external recorder kit.

The Odyssey comes bundled with extra accessories, such as 16 microSD cards and a carrying case, on top of the 16 GoPro HERO4 Black cameras and the setup rig itself.

The GoPro Odyssey rig is a retail-ready version of their 360-degree camera array experiment, which also uses the same camera syncing concept. GoPro is not the first company to produce a professional grade VR camera – there’s also the Nokia OZO, launched in late July 2015 this year. Unlike the Odyssey, Nokia OZO uses eight synchronized global shutter sensors to record stereoscopic 3D video, and eight built-in microphones for recording spatially accurate sound. The footage is then processed with third-party production tools, in order to cut down on the time-consuming process of stitching panoramic images together, to achieve the VR effect.

To get the GoPro Odyssey, you will need to be a professional filmmaker in the industry, and register for a unit here. If your company or you are eligible for the Odyssey unit, GoPro will personally get in touch for more details. This purchase system is similar to the invite-only system used by the smartphone makers of the OnePlus 2. GoPro states that the purchase system is in place, simply because they can only produce a limited number of Odyssey sets at a given time.

For non-filmmakers who want to learn about GoPro’s 2.7K resolution, you can watch this video, or read this resolution guide.

Previous Story
Gather round, TV addicts: Netflix will launch in Singapore in early 2016
Next Story
Canon announces the successful development of a 250-Megapixel sensor