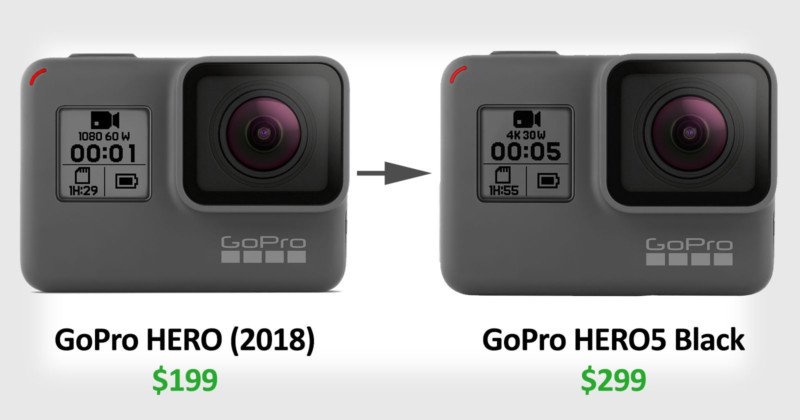 GoPro reportedly "crippled" the firmware of the GoPro Hero 5 and sold it as the Hero (2018) according to numerous reports.

Tech site Hypoxic was able to confirm that both sports action cameras are actually the same by tricking the Hero (2018) into loading the Hero 5's firmware.

It loaded properly and all the features were unlocked. Even GPS and 4K at 30fps work great!

While Hypoxic did not release the patch for users to try as "the legal risk makes it not worth it", a step-by-step process was shared on Reddit by user VirusDOSWalker two months ago. As this method is not official and illegal, we do not recommend that you try it on your own camera. If you decide to do so, it will be at your own risk.

Hypoxic speculates that GoPro did this to reduce component inventory without having to pay pricing reimbursements to their dealers. To put it simply, this is a sneaky tactic to reduce inventory before the launch of newer GoPro models.

Join HWZ's Telegram channel here and catch all the latest tech news!
Our articles may contain affiliate links. If you buy through these links, we may earn a small commission.
Previous Story
The release date of iPhone XR is a month later due to two reasons
Next Story
Singtel releases its iPhone XS and XS Max price plans