Google's Project Loon Gets Off the Ground

Google's Project Loon Gets Off the Ground 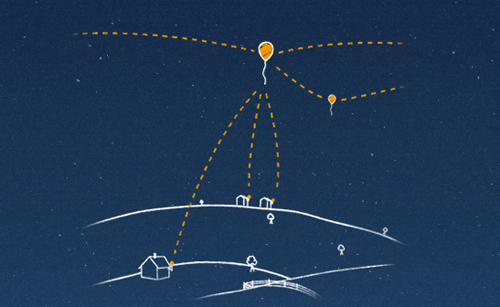 Google is well known to dabble in just about every endeavor possible. But lately the search giants have been focusing their attention on providing people with decent internet. Google Fiber has been trying to provide select cities with affordable, fast speed, broadband internet already. They are taking their efforts one step further as "Project Loon" gets off the ground.

With "Project Loon" Google has launched 30 balloons into the stratosphere which is the first step towards creating what it calls a "network in the sky" with the aim to provide "balloon-powered internet" to people. The balloon-based wireless networks will try and provide 3G like speeds and have the lofty aim to reach out to "2 out of every 3 people on Earth".

Each balloon is solar powered and has a diameter of 15m when fully inflated. A total of 30 balloons are being launched from the Tekapo area of New Zealand’s South Islandand they will hover at a height of 20km above the earth. A lucky group of 50 people have been equipped with special internet antennas to be the first few to connect to the network and test it out.