To no one's surprise, Google today announced its new Pixel 3a and 3a XL smartphones, the latest addition to its line-up of Pixel devices. The budget Pixel devices have been leaked endlessly, and a spec sheet even found its way out into the wild as recently as this afternoon.

Either way, Google is definitely hoping that the more affordable phones will help boost the fortunes of its smartphone division. In a recent earnings call, the company admitted that sales of the Pixel 3 were down year over year, which meant that the Pixel 3 was actually selling worse than the Pixel 2.

The Pixel 3a and 3a XL are basically cut-down versions of the original Pixel 3, but with the same dash of Google software. If you've not been keeping up with the rumor mill, here's a rundown of the official specifications:

Compared to the Pixel 3, Google has stripped away a bunch of premium features, most notably the dual front cameras, wireless charging, the Snapdragon 845 processor, and the IP68 water and dust resistance. The Pixel 3a and 3a XL will have just a single 8MP front camera for selfies, which means no wide-angle mode to fit everyone in the frame. Elsewhere, the glass back on the Pixel 3 has also been replaced with a mostly plastic build, but there's no support for wireless charging either. 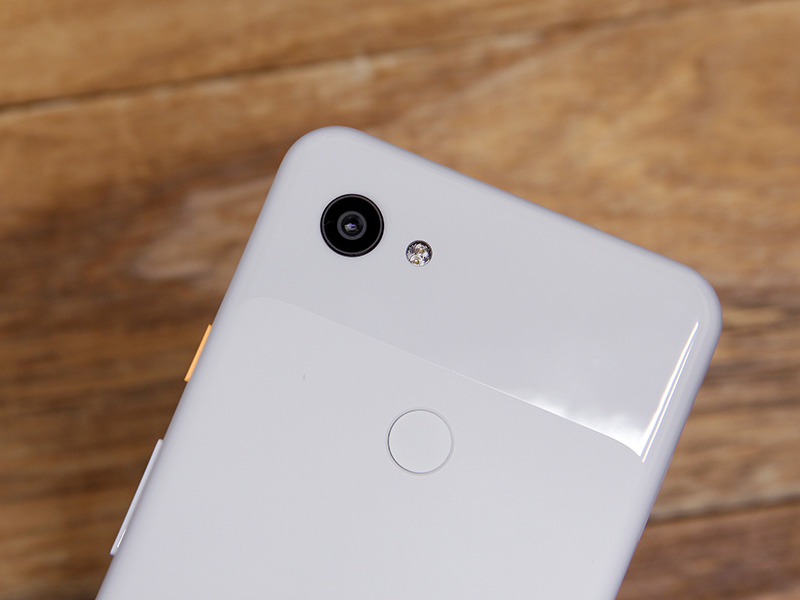 The processor has also been replaced with a Snapdragon 670 chip, a mid-range chip with two "big" cores and six "small" ones. In addition, it will be available in just a single 64GB capacity.

On the display front, the Pixel 3a and 3a XL still boast very competitive screen resolutions and high pixel densities. However, Google hasn't utilized Gorilla Glass 5 for the displays this time around, and it's instead gone with Asahi Dragontrail, a lesser known offering that shares similar properties with Gorilla Glass but is more popular among mid-range phones. For better or worse, the Pixel 3a XL also sheds the oversized notch on the Pixel 3 XL.

Having said all that, you're probably wondering if settling for the cheaper Pixel 3a and 3a XL will mean having to make do with an inferior rear camera. The good news is that the answer is no. The rear camera on the new phones is the same as that on the Pixel 3 (it's only missing the flicker sensor), complete with all the Google software magic that has made the Pixel 3 one of the best camera phones on the market.

You could argue that Google's Pixel phones have always been more about the software than hardware. Take the camera for example. The single-lens rear camera looks lackluster on paper when compared to the dual and triple-camera setups on competitors' phones, but the fact remains that it produces excellent photos thanks to Google's HDR smarts. Similarly, if you buy a Pixel phone, chances are you're doing it because of the stock Android experience and not Google's hardware.

On the software front, Google is now adding a new Time Lapse feature that will let you record a video by capturing anywhere between 6 frames per second and one frame every 4 seconds. The final product will be a sped-up video that plays at 30 frames per second, which could come in handy if you want to capture something like the setting sun.

The Photobooth Mode is also getting an update. Previously, the camera would snap a photo when it detected a smile, but now it can do the same with a kiss.

And of course, the Pixel 3a and 3a XL will ship with the latest version of Android 9.0 Pie. Google may have trimmed back on the fat, but these are still very much Pixel devices at heart, down to the familiar two-tone back and contrasting power buttons.

The phones will be available in Just Black, Clearly White, and Purple-ish colors, but only the first two will retail locally. You can get the phones directly through Google, carrier partner Singtel, and retailers such as Courts and Challenger. The Pixel 3a will cost you S$659, while the Pixel 3a XL comes in at S$779. That's quite a huge step down from the Pixel 3 and 3 XL, which cost S$1,249 and S$1,399 respectively. Still, are they good enough? You can head over to our review to find out more.

Join HWZ's Telegram channel here and catch all the latest tech news!
Our articles may contain affiliate links. If you buy through these links, we may earn a small commission.
Previous Story
Pixel 3a comes with unlimited Google Photos storage at high quality instead of original quality — but does it matter?
Next Story
Microsoft Word will use AI to make you a better writer