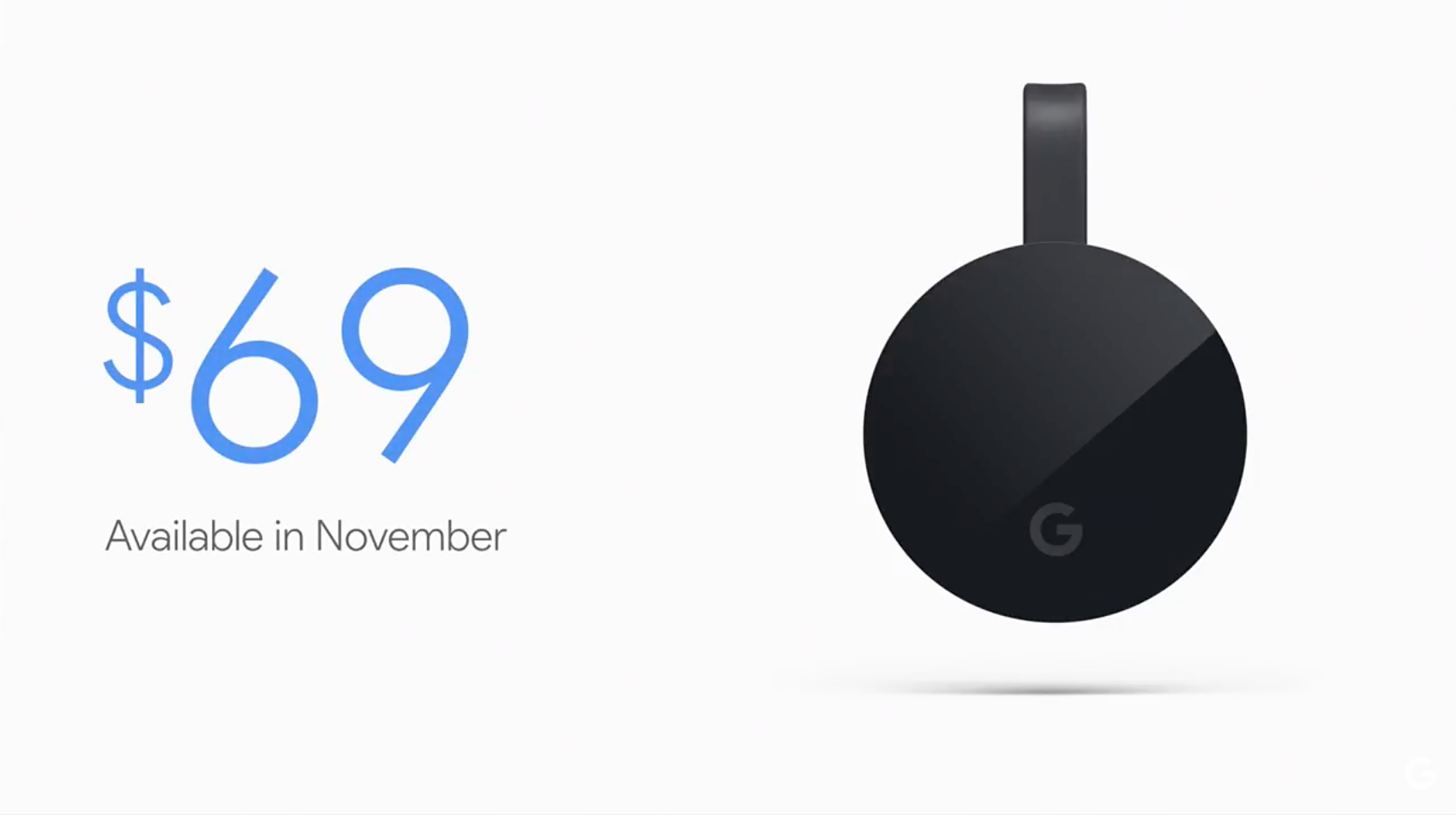 Google has just announced the next generation of its popular streaming device, the Chromecast Ultra. The Ultra supports 4K resolutions and will be able to stream 4K content from YouTube, Netflex and Vudu at launch, with Google Play Movies coming later in the year. The device also supports HDR and Dolby Vision.

Google says the Ultra is its fastest Chromecast yet, and will load videos 1.8 times faster than the standard Chromecast, thanks to improved Wi-Fi connectivity. The Chomecast Ultra also has a built-in Ethernet port in the power adapter just in case your WiFi connection can't handle a 4K stream. 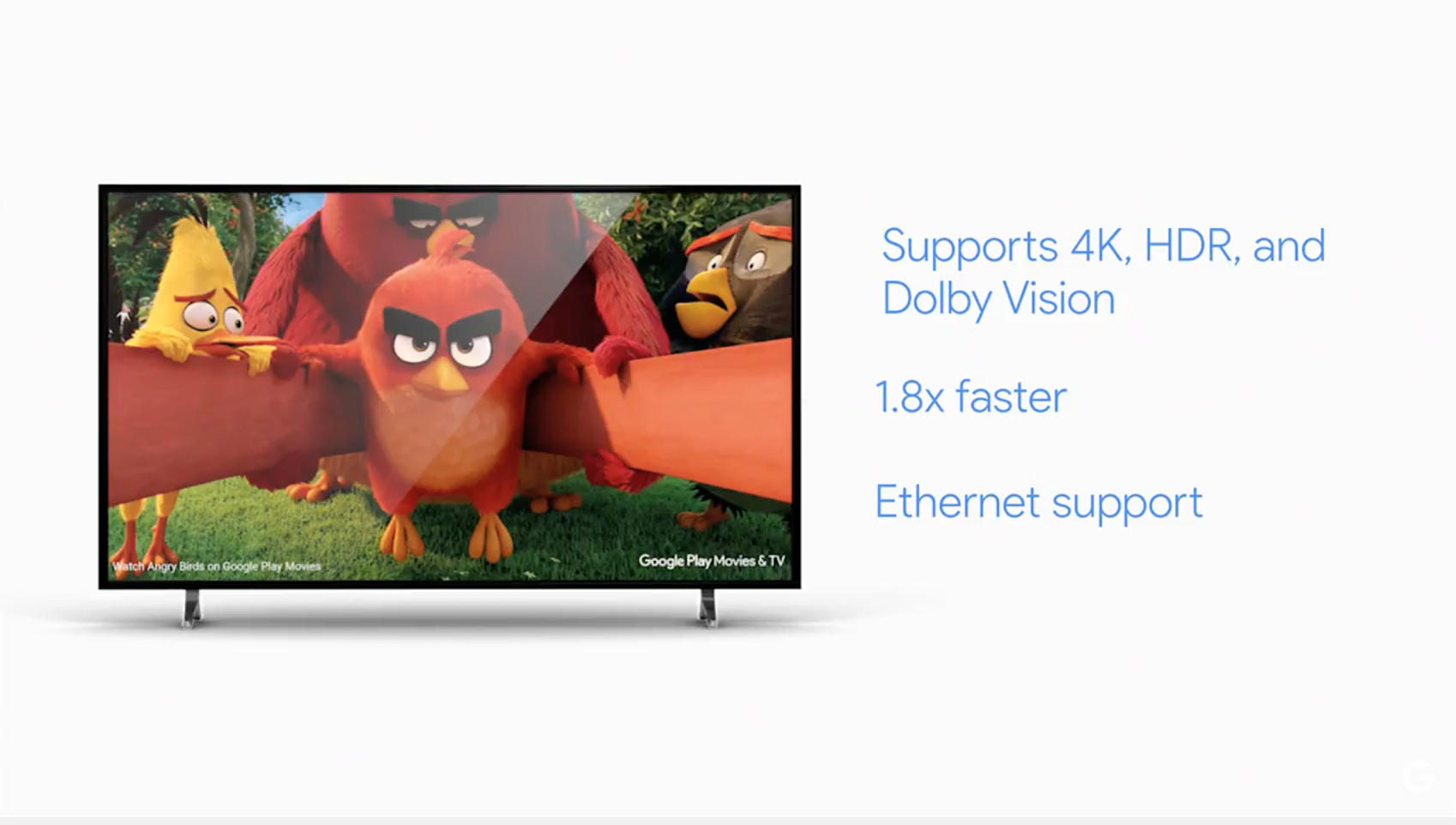 Design-wise, the Ultra looks just like the older Chromecast, with a circular disc design. It now has a 'G' logo on it instead of the old Chrome badge.

The Chromecast Ultra launches in November for US$69 (~S$95), which makes it quite a bit more expensive than the older Chromecast.

Join HWZ's Telegram channel here and catch all the latest tech news!
Our articles may contain affiliate links. If you buy through these links, we may earn a small commission.
Previous Story
Google officially announces the Google Pixel smartphone
Next Story
Apple Watch sales may decline this year despite new models and lower prices