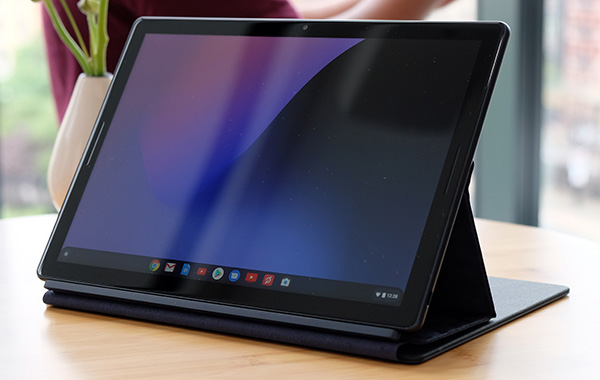 Google has confirmed that it stop making tablets. The company will instead focus its efforts on traditional laptops like the Pixelbook.

Rick Osterloh, Google's senior vice-president of hardware, confirmed this in a tweet earlier as well:

Hey, it's true...Google's HARDWARE team will be solely focused on building laptops moving forward, but make no mistake, Android & Chrome OS teams are 100% committed for the long-run on working with our partners on tablets for all segments of the market (consumer, enterprise, edu)

That said, Google will continue support for the Pixel Slate, which was launched in October last year.

Google will also cancel two tablet devices that it was working on prior to this announcement.

It seems that the search giant has conceded that it will be difficult to compete against Apple, Microsoft, Samsung, and a whole of other Chinese options in the tablet business.

Apple is the runaway leader with over 70% of the global tablet market share. It has also released tablets targeting every conceivable price-point — including the recently released 2019 iPad Air and iPad Mini.

Apple's iPads will also be getting a substantial software update later this year with the new iPadOS.

And if you really want an Android-based tablet, there's Samsung and a countless number of small Chinese brands to choose from.

Finally, users who want a tablet that can double as a PC will inevitably flock towards the Surface Pro from Microsoft, even if the latest version is starting to look aged.

Join HWZ's Telegram channel here and catch all the latest tech news!
Our articles may contain affiliate links. If you buy through these links, we may earn a small commission.
Previous Story
Secretlab adds new peel protection guarantee for its 2018 and 2020 series chairs
Next Story
Apple recalls older 15-inch MacBook Pros due to faulty batteries