Google has announced that it will spin off its self-driving car project into an independent subsidiary under its Alphabet parent company. Dubbed Waymo, which stands for “a new way forward in mobility”, the new firm is an attempt by Google to refine its focus on self-driving technology and make it safer and easier for people to get around.

For the past six years or so, Google’s self-driving car efforts were housed under its Google X skunkworks division, but it’s now officially emerging from its research phase as a standalone business owned by Alphabet.

John Krafcik, the head of the self-driving car project, will helm Waymo as its CEO. According to Krafcik, Waymo will continue to have access to Alphabet’s extensive infrastructure and resources like Google’s software code and data centers, but will be able to operate like a venture-backed startup.

Google’s self-driving car efforts have suffered several setbacks this year, with the departure of several top executives. Reports also emerged of frustration within the team with the slow pace of progress, as rivals like Uber and Tesla continued to make gains with their own autonomous vehicle systems.

Still, Google is clearly forging ahead, and Waymo has plans to start a ride-sharing service with Fiat Chrysler using the automaker’s Pacifica minivans as a fleet of self-driving taxis. The collaboration was announced in May this year, and Krafcik confirmed that the Pacificas were still being put together, but would hopefully hit the road for testing soon.

This may add credence to reports that plans to build cars without steering wheels and pedals have been shelved, but there was no official confirmation in this area. In fact, the company held up the ride one blind man took in one of its fully autonomous vehicle with no steering wheel or pedals as a shining example of what it hoped to achieve. 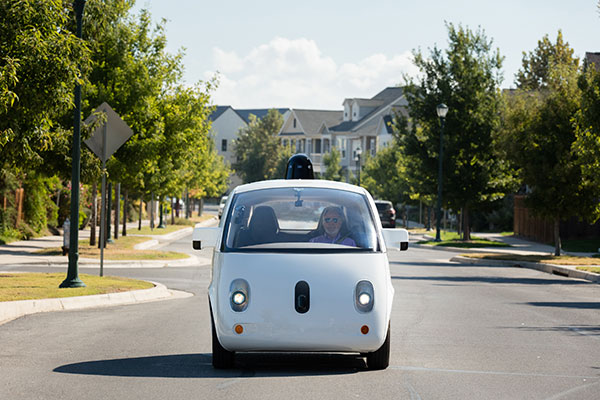 However, details were scarce about Waymo’s business model. Various ideas have been floated, from just making autonomous software for cars to building vehicles from the ground up. Project leaders also reportedly considered selling autonomous cars to individuals, instead of running a paid service where vehicles are shared among multiple members.

Join HWZ's Telegram channel here and catch all the latest tech news!
Our articles may contain affiliate links. If you buy through these links, we may earn a small commission.
Previous Story
BeatsX earphones' release now pushed to February 2017
Next Story
HMD unveils a pair of Nokia-branded feature phones