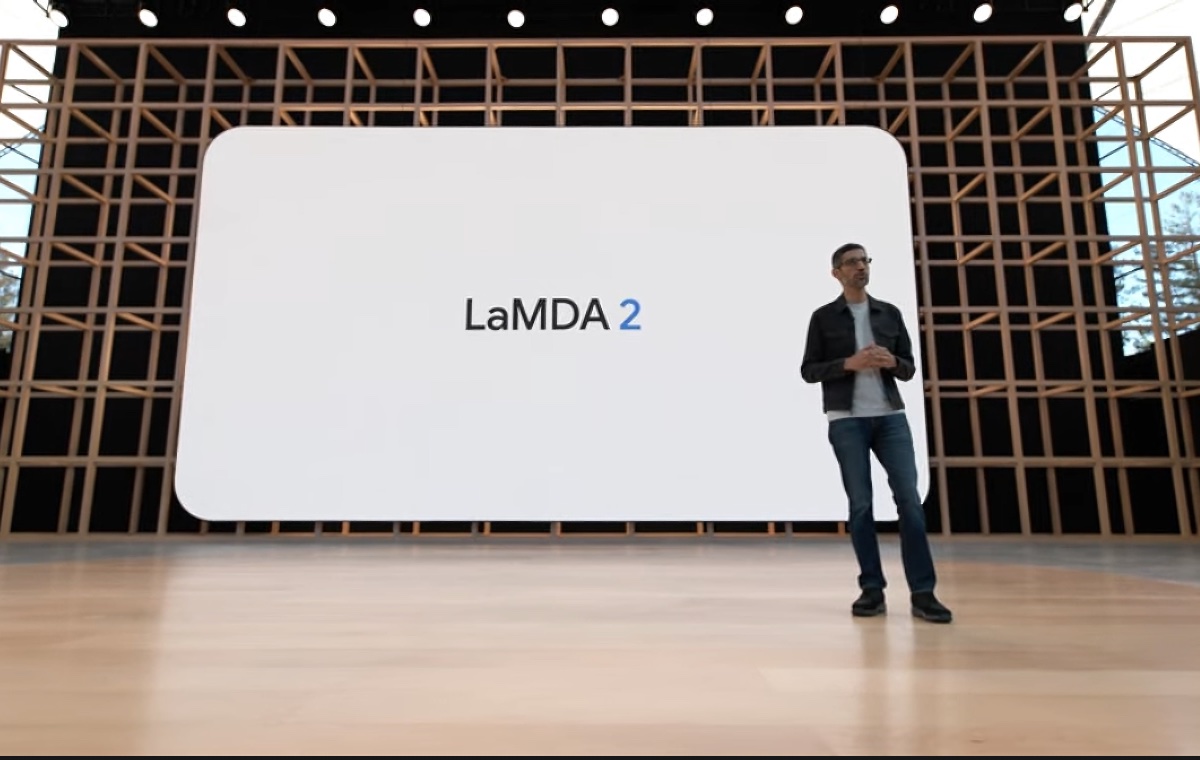 During his keynote address at Google I/O 2022, Google CEO Sundar Pichai announced LaMDA 2, the update to LaMDA (Language Model for Dialogue Applications) or their conversational search AI that was launched during Google I/O 2021.

At its most basic, LaM;DA works with AI technology and machine learning to engage and respond to conversational queries with a dialogue response and carry out a proper conversation without going off-topic or losing the conversation thread.

This year, LaMDA 2, Google’s “most advanced conversational AI yet”, is being included as part of the new AI Test Kitchen where a series of conversational AI demos are available for testing so people can experience LaMDA and give feedback on it to see improvements.

Pichai showed how the AI helps keep conversations on topic, without straying. Once LaMDA was asked a question, follow-up questions were answered in context and still on topic.

For example, in the “Imagine it” demo, a user could imagine themselves in the deepest part of the ocean and LaMDA would say they were in the Mariana Trench. Then, not losing context, it would call up the creatures you could expect to find in the trench to maintain relevance to the initial idea.

Another demo shows how LaMDA stays on topic even if the conversation is open-ended. Starting on the topic of dogs, an open-ended chat between the user and LaMDA is conducted with the topic always going back to dogs no matter what LaMDA is asked.

Google says that the AI Test Kitchen would be opened to small groups of people gradually and it will expand access as more feedback is gathered.

Join HWZ's Telegram channel here and catch all the latest tech news!
Our articles may contain affiliate links. If you buy through these links, we may earn a small commission.
Previous Story
Google is working on AR glasses that will translate speech right in front of your eyes
Next Story
Google's new Scene Exploration search feature is like a "CTRL + F" for the real world