Transcribe a foreign language speech in real-time with Google Translate

Transcribe a foreign language speech in real-time with Google Translate 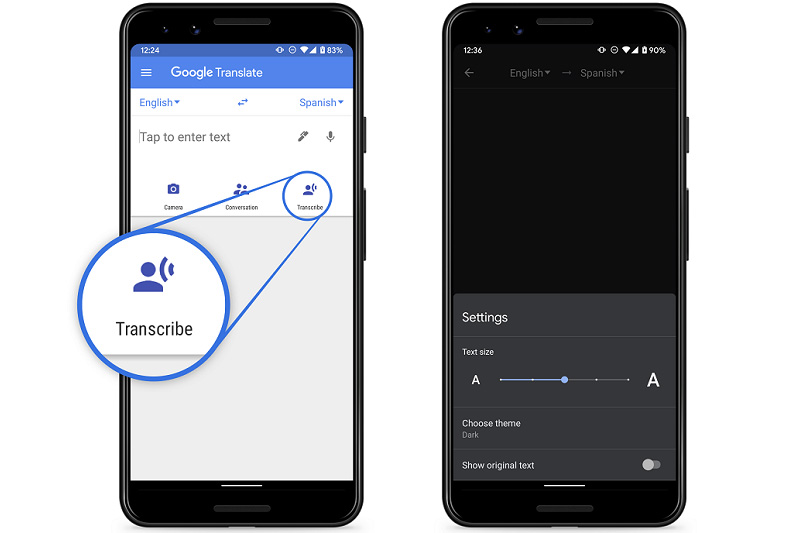 Ever been at an event where the keynote was in a foreign language? Or been listening to a tour guide give you the history of a temple but the translation program on your phone only does word or phrase translations and you’re missing everything?

That can be a problem no more as Google Translate has just launched Transcribe, a new feature that gives people the ability to translate and transcribe audio in real-time. Following its full rollout in a few day’s time, Google says it will support any combination between the following eight languages: English, French, German, Hindi, Portuguese, Russian, Spanish and Thai.

In a blogpost announcing the launch of the services, Google said that the feature worked best in a quiet environment with one person speaking at a time. Any noisier and the app would do its best to provide the gist of what was being said.

While currently only supported in Android and on the most recent version of the app, Google said that they are planning to launch it on iOS in the future.

A feature we’d like to see be developed further from this is the ability to upload a recording in one of the supported languages and have it translated and transcribed.

Google most recently provided transcription on their Pixel 4 smartphones.

Join HWZ's Telegram channel here and catch all the latest tech news!
Our articles may contain affiliate links. If you buy through these links, we may earn a small commission.
Previous Story
LEGO has unveiled the first wave of buildable Star Wars model helmets
Next Story
Monster Hunter: World is now free for all PlayStation Plus subscribers