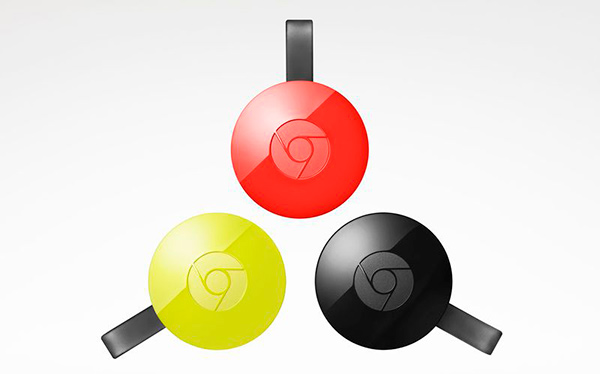 Think streaming dongles are stick-like devices that are built for video streaming? Think again. Alongside its new Nexus phones which everyone saw coming from a mile away, Google introduced a revamped Chromecast video-streaming dongle and a Chromecast Audio dongle that allows any speaker with a 3.5mm jack to stream music wirelessly.

The second-generation Chromecast got more than just a hardware overhaul. At first glance, it looks nothing like the old Chromecast. It is now round (yes, really) and comes in black, red and yellow.

Google is claiming significant performance improvements that should make it a must-have for fans of its predecessor. For one, it now supports the latest 5GHz 802.11ac Wi-Fi and is packed with three different antennas for a more optimal streaming experience. In comparison, the previous Chromecast only had a single antenna. According to Google, this means that the device can adapt more easily to changing Wi-Fi conditions in your home and give you higher quality video with less buffering.

The design is actually something of a novelty. A long, flexible HDMI arm protrudes from the disc, and its slim profile means that it is easier to plug into TVs with crowded ports. This supposedly allows the device to hang farther away from the TV, thus reducing interference. 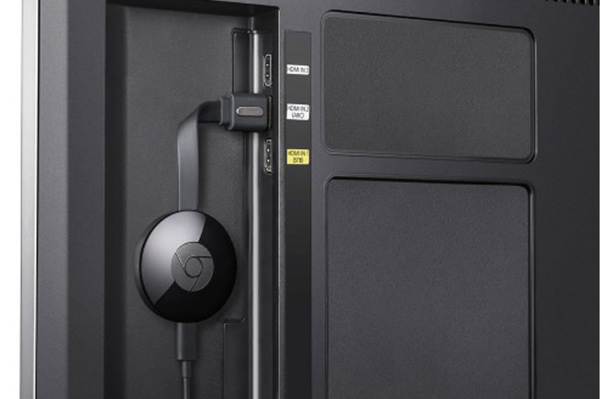 Google is also introducing something called “Fast Play” – a way for the Chromecast to pre-fetch content from a video streaming app like Netflix or elsewhere. It supposedly anticipates what you’re going to want to watch before you hit play, so when you do, the video is ready. It’s not entirely clear how this will work, but it will probably involve a ton of communication between your phone, Chromecast, and the web service in question.

Google Photos will also now support Chromecast, so you can turn your TV into a picture slideshow. In addition, the Chromecast app itself has been updated with improved content discovery features. A new “What’s On” section will now display top content from video streaming apps on your phone. 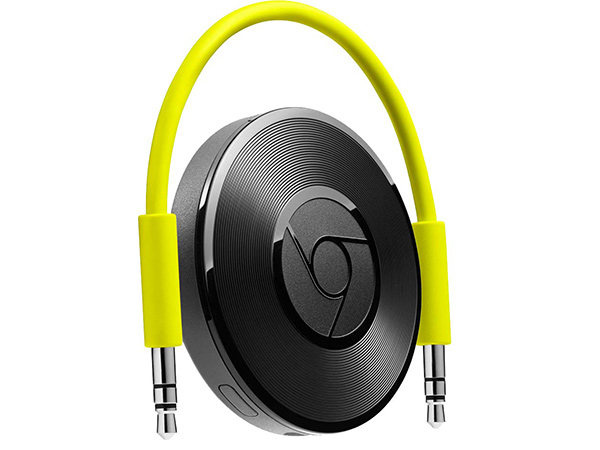 Of course, it supports Spotify, in addition to Pandora, Google Play Music and many others. Like the Chromecast, it also works with a variety of devices, including Android, iOS, and laptops, and supports 802.11ac Wi-Fi as well.

The Chromecast Audio sells on the Google Play Store for US$35 – the same as the Chromecast – making it an exceedingly affordable way to enjoy your favorite tracks wirelessly, all without having to pay for a far more pricey set of wireless speakers.

Join HWZ's Telegram channel here and catch all the latest tech news!
Our articles may contain affiliate links. If you buy through these links, we may earn a small commission.
Previous Story
Android 6.0 update available next week for the Nexus Player, 9, 7(2013), 6 and 5
Next Story
Twitter account details explosions, carnage in Singapore