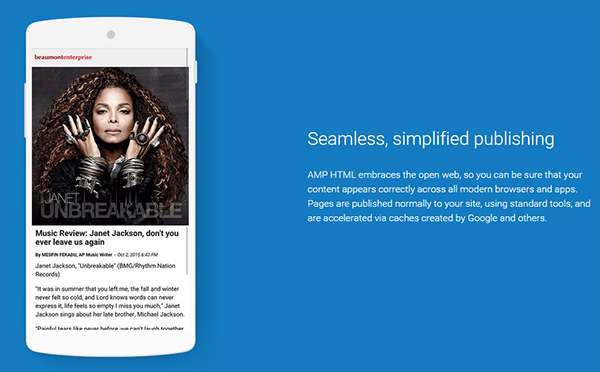 Google first introduced its Accelerated Mobile Pages (AMP) last month, an open-source program to significantly reduce the time it takes to load Web pages on mobile devices. Now, the team behind AMP has announced in a recent blogpost that we could see the first accelerated pages as soon as early next year, partly thanks to strong support from over 4,500 developers on Github.

Given that the mobile Web experience still leaves a lot to be desired, it’s no surprise that companies are looking for ways to improve user experience. The catch is that these solutions usually come with strings attached and lock users into their respective ecosystems. Just look at Facebook Instant Articles and Apple News, both of which offer improved performance, but are still tied to Facebook and iOS respectively.

Poor mobile performance is also part of the reason why Apple went ahead with the controversial decision to allow ad-blocking on iOS, because content-heavy ads can bog down loading times.

In its October 7 announcement, Google set out the following vision for AMP:

“We want webpages with rich content like video, animations and graphics to work alongside smart ads, and to load instantaneously. We also want the same code to work across multiple platforms and devices so that content can appear everywhere in an instant—no matter what type of phone, tablet or mobile device you’re using.” 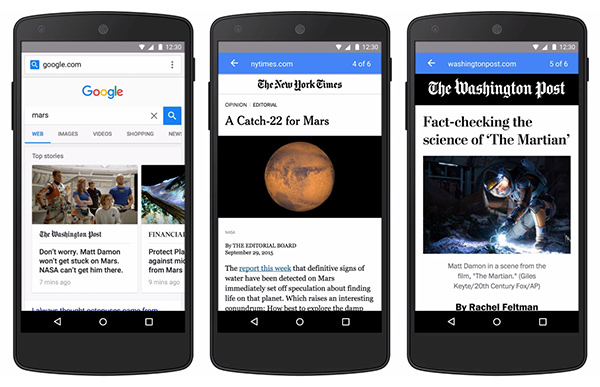 Like Facebook Instant Articles and Apple News, AMP would require the cooperation of publishers, and the project has already attracted outfits like The Guardian, The Washington Post, The New York Times, and BuzzFeed. Advertisers like Outbrain, DoubleClick, and AdSense are also on board, which means that they will be developing lightweight ads that don’t impinge on loading performance.

In the meantime, you can check out a sample AMP page by clicking this link on your mobile device.

Join HWZ's Telegram channel here and catch all the latest tech news!
Our articles may contain affiliate links. If you buy through these links, we may earn a small commission.
Previous Story
The new Raspberry Pi Zero is a US$5 computer
Next Story
Fossil enters the world of smartwatches with the Q Founder