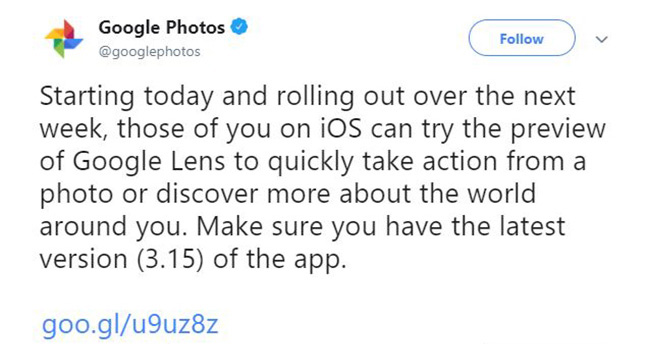 First seen on last year’s Pixel and Pixel 2, the AI-powered Google Lens is now coming to other devices via the Google Photos app for Android and iOS in the latest update of the app.

Lens is a visual search tool that leverages the artificial intelligence and computer vision technology developed for Google Googles and takes advantage of Google Assistant capabilities to recognize objects in captured images. 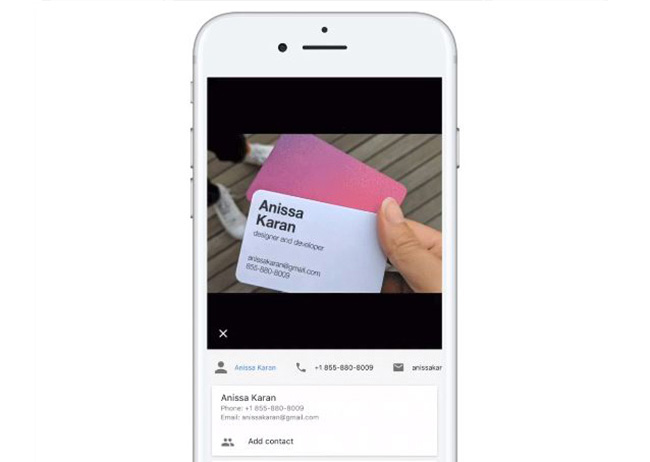 For example, pointing the lens at a business card can prompt you to create an address book contact with the relevant details added. Point at a book in a bookstore, and you’ll get reviews as well a quick synopsis so you can better decide if you want to buy it or not.

The feature initially was only available on Pixel devices, but has since been rolled out to Android devices through Google Assistant last week, and is now rolling out “in batches” to iOS devices. We just tried it and it doesn’t seem to be working for us just yet, so we’ll update this piece as soon as it’s launched here.