Google rumored to be helping Samsung optimize its TouchWiz interface

Google rumored to be helping Samsung optimize its TouchWiz interface 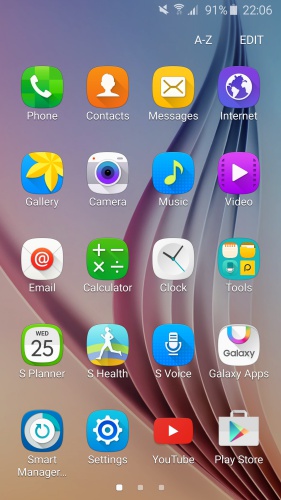 Despite Samsung streamlining its TouchWiz interface to be more responsive this year, Google seems to believe there is still room for improvement and wants to do something about it.

According to Samsung Viet, Google is rumored to be helping Samsung optimize its TouchWiz interface. Since Samsung is the biggest Android vendor with millions of consumers using its mobile devices, Google wants to ensure that the TouchWiz experience is as good as stock Android.

This isn't the first time that Google is getting involved in Samsung's work. When Samsung unveiled the Galaxy Tab Pro tablets last year, Google was reportedly unhappy with the Magazine UX on the tablets as it had too much customization which deviated from stock Android.

Join HWZ's Telegram channel here and catch all the latest tech news!
Our articles may contain affiliate links. If you buy through these links, we may earn a small commission.
Previous Story
The Samsung Gear VR is the cheapest VR headset ever that's not made of cardboard
Next Story
An online marketplace dedicated to smartphones? Andios is poised to offer easy and credible transactions for you