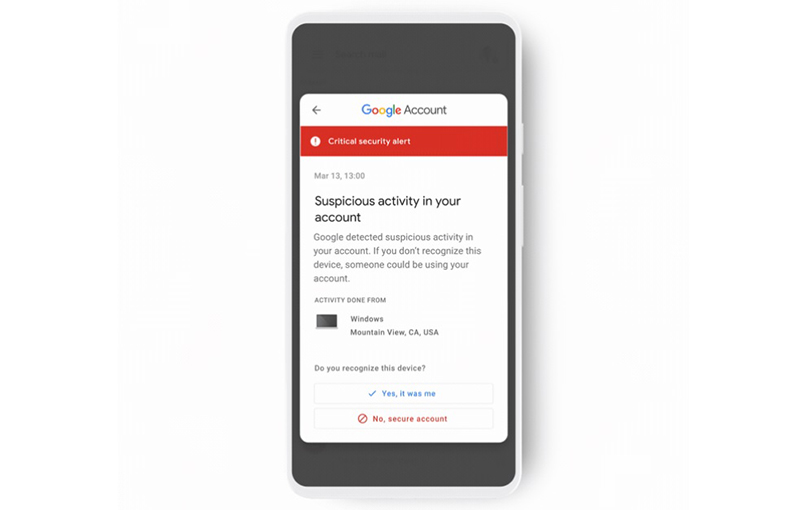 Google Accounts are a goldmine for hackers, given that these accounts are necessary for many of Google's services - stuff like Gmail, Google Drive, and even storing of YouTube preferences require said account.

Users will no longer need to open emails from Google informing them of a possible breach since the alert is an account-wide notification. The GIF uploaded on the Google blog demonstrates it best:

Google said that this redesigned alert is 'resistant to spoofing', making it very hard for bad actors to impersonate Google or the new alert. According to The Verge, the feature will be rolling out on a limited basis, starting with iOS devices first.

Join HWZ's Telegram channel here and catch all the latest tech news!
Our articles may contain affiliate links. If you buy through these links, we may earn a small commission.
Previous Story
The Dell UltraSharp U3421WE is a 34-inch curved monitor with 13 ports
Next Story
6 reasons why you should jump on to StarHub's Smart WiFi