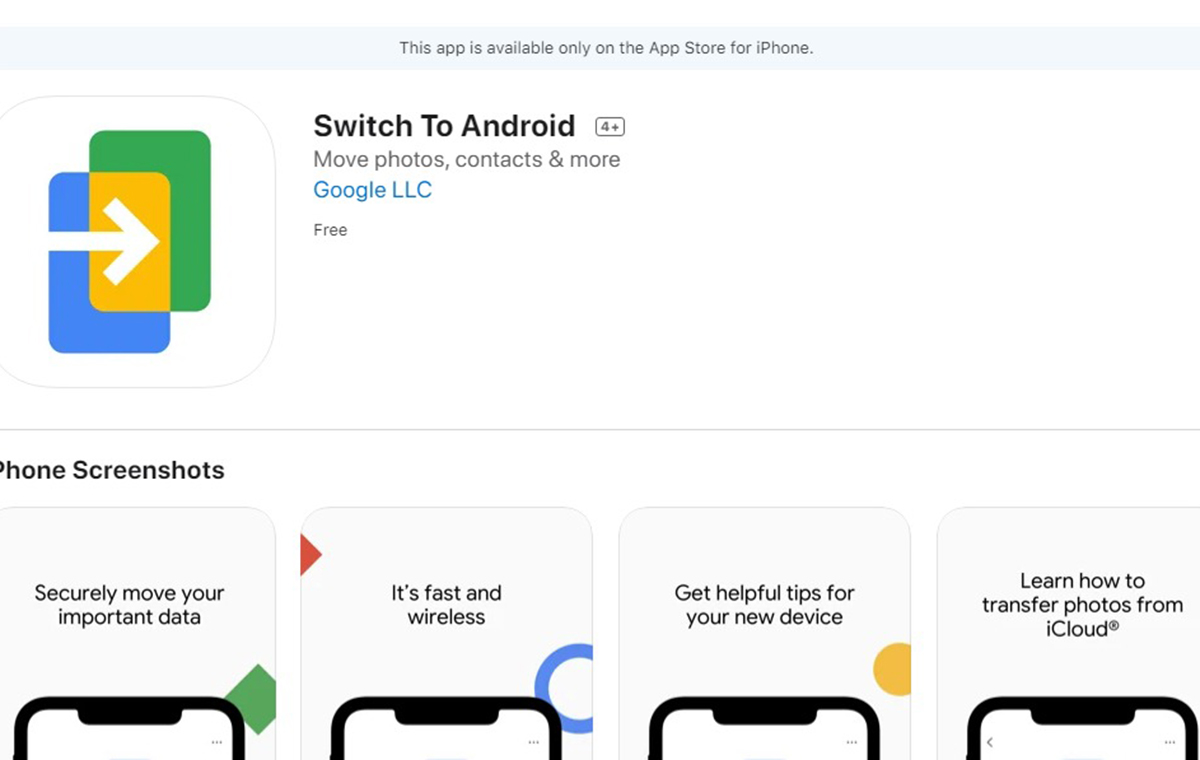 9To5Google discovered a nifty little app, made by Google no less, that helps existing iPhone users port out of the iOS ecosystem, and into the Android universe.

Called Switch to Android, it’s an unlisted Apple App Store app that helps users transfer data between devices. 9To5Google’s previews and screenshots show that the app should be capable of transferring contacts, calendar events, photos, videos, and even handling iCloud data at some point during the setup process.

The app is unlisted, meaning that it’s not publicly accessible unless you have the correct URL leading directly to it. Here’s the URL if you want to take a look.

According to 9To5Google, the app runs fine on iPhone, but the Android side of restoring and setting up isn’t fully configured. So, use it at your own risk.

Join HWZ's Telegram channel here and catch all the latest tech news!
Our articles may contain affiliate links. If you buy through these links, we may earn a small commission.
Previous Story
ASUS partners with Blue Microphones by Logitech for its Creators Academy
Next Story
Mercedes-Benz's Vision EQXX exceeds its 1,000km range target on the first try