Last year Google introduced Instant Apps, which lets you try out an app without installing anything. Today, the company has brought the tech to games and introduced Google Play Instant, which means you can now tap and try a game without having to download and install it first.

According to TechCrunch, this project is currently a closed beta, but Google plans to open it up to more developers later this year. Google is also saying that we should “check back later this year as more games become available.” 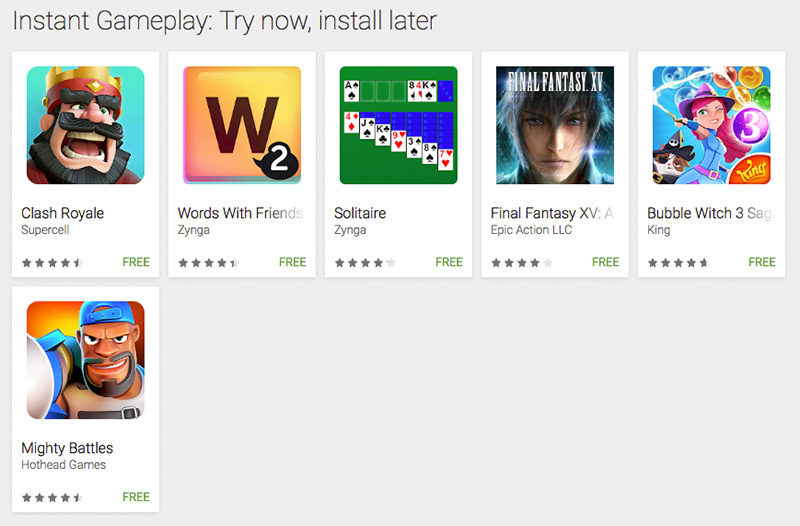 Join HWZ's Telegram channel here and catch all the latest tech news!
Our articles may contain affiliate links. If you buy through these links, we may earn a small commission.
Previous Story
First pedestrian death from a self-driving car causes Uber to suspend all autonomous car testing
Next Story
Logitech's G513 keyboard and G560 speakers come with its new Lightsync dynamic lighting technology