Google's Pixel 4 released: All you need to know about this new phone (Updated with SG pricing)

Google's Pixel 4 released: All you need to know about this new phone (Updated with SG pricing)

Note: This article was first published on 16 Octoboer 2019. 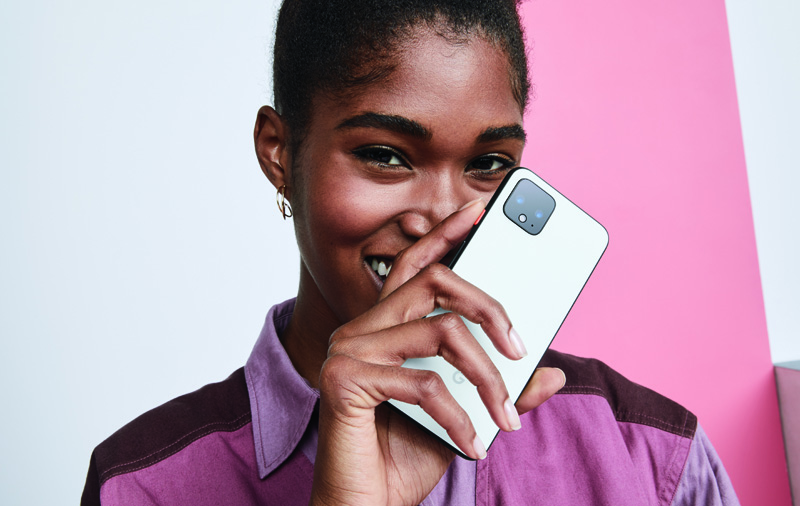 All the key features you want to know

Google's Pixel 4 phone has just launched, and the official specifications pretty much confirm everything we've learnt about it so far. The phone will come in three colours, Just Black, Clearly White, and a limited edition Oh So Orange, with two sizes: 5.7-inches and 6.3-inches.

Both phones are powered by the Qualcomm Snapdragon 855 processor and come with 6GB of RAM, a 90Hz display and Pixel Neural Core, which handles on-device processing, always-on computing and machine learning. This quoted refresh rate actually adjusts dynamically based on what you're viewing on screen. so you'll get the best battery life. The phones will also get Google's custom-built Titan M security chip and Android 10, so you'll have access to Google's advanced services.

Google Assistant is better integrated than before, so more speech processing is handled on your phone instead of having to first be sent to the cloud. Google Assistant has also been redesigned so it takes up less screen real estate, letting you better multi-task. It also better considers the context of your query now so you can, for example, ask the Assistant to “show my photos from New York” and then say “the ones in Central Park.” Then, share a particular picture by saying “send it to Mom. 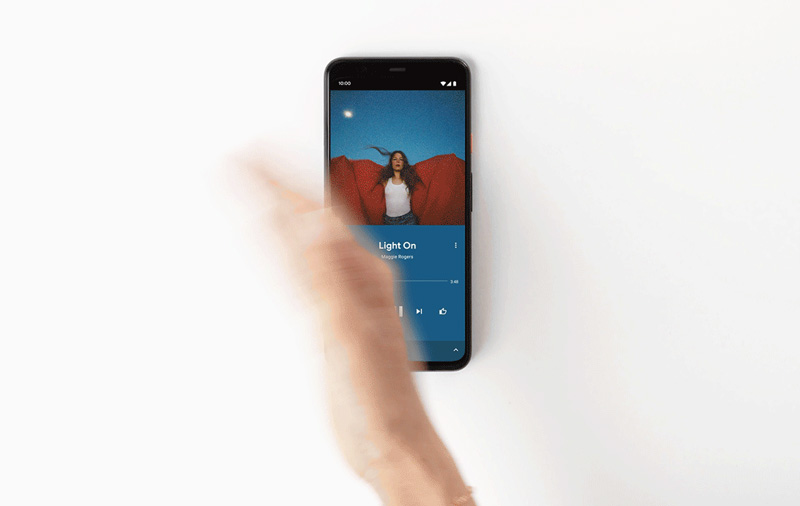 The rumour about motion sensing was also true, as the Pixel 4 gets a miniature radar sensor to detect movement around the phone. So, you can wave your hand to skip songs, dismiss alarms, or silence your phone. Reach to pick up your phone, and the Pixel 4 will get face detection rather so it's ready to unlock once it reads your face.

Different from optical recognition, the radar sensor is able to differentiate between your movements so it knows when you're reaching across your phone to pick up something and when you're actually trying to swipe the screen. 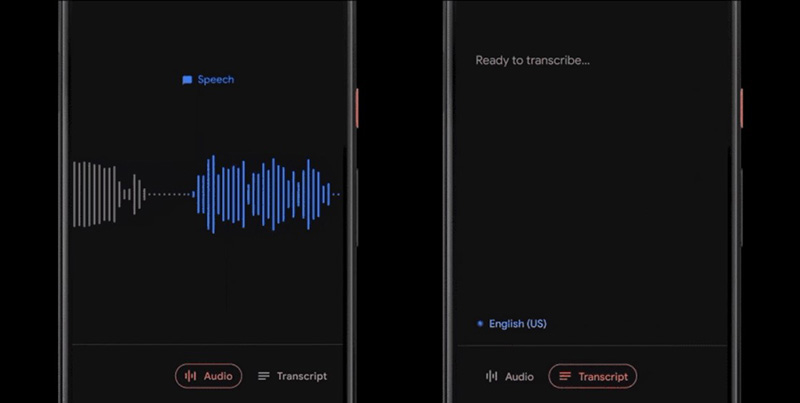 There's also a new Recorder app that records audio and simultaneously transcribes it - identifying sounds like music and applause in the process. You will be able to search within your recordings for specific words or sounds, and everything happens on-device so you won't even need an active internet connection. The feature will just support for English to start, but more languages are in the pipeline. 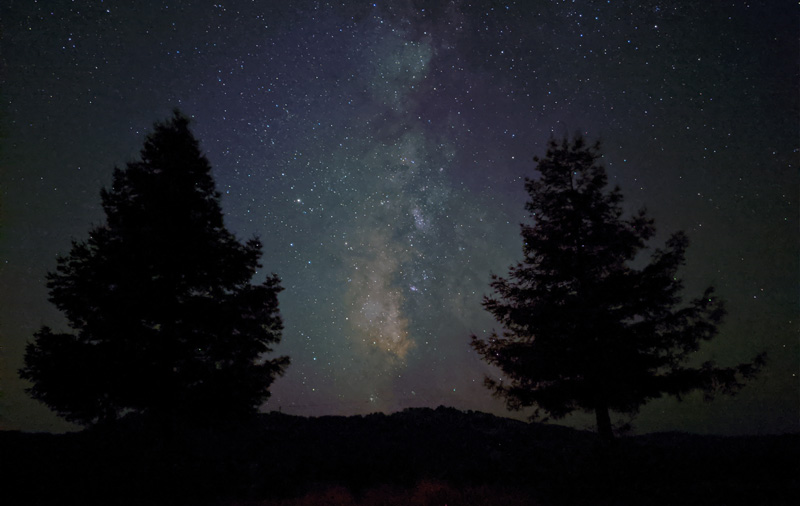 Finally,  the camera system on the Pixel 4 has also been improved, with the phone getting a dual-camera setup on the rear, the new camera being a telephoto lens that's said to greatly improve the digital zoom capabilities, so Super Res Zoom gets a real upgrade.

As rumoured, Night Sight has been improved specifically for astrophotography, so you can now get images of the night sky and even the Milky Way just from your phone instead of very well-exposed night shots. HDR capabilities also get a boost, as you'll be able to fine-tune brightness and the amount of detail in the shadows with Pixel 4 when using HDR+ through separate sliders. There's also Live HDR+, so you'll be able to see exactly what your photo will look like as you make changes with the new controls.

Pixel 4 also gets a learning-based white balance in all modes. Portrait mode is improved with greater depth information thanks to the second camera, so it now works with large subjects, and with subjects that are further away. 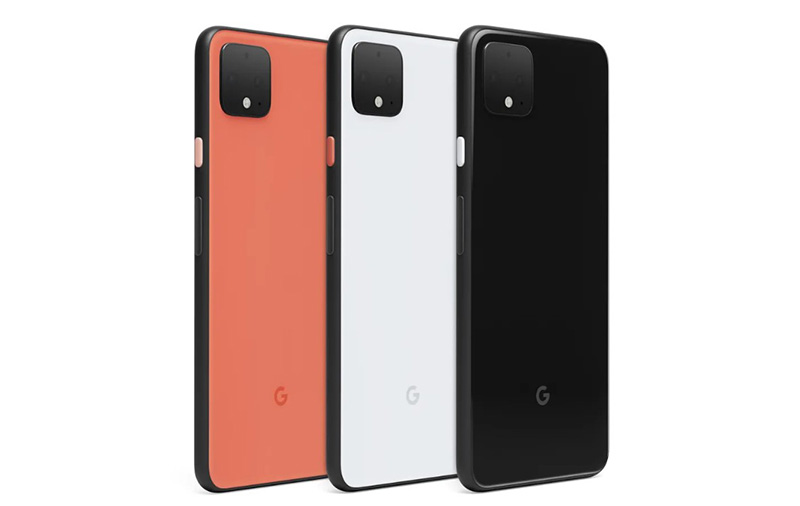 For those residing in Singapore, from 24th October you will be able to purchase the new Pixel devices through official retailers COURTS and Challenger as well as the Google Store. The phone will be available in three colours - Just Black, Clearly White and the limited edition Oh So Orange - and in two sizes at the following prices:-

You can also pre-order the phone now on the Google Store to receive an S$200 promotional Google Store voucher. This offer is valid till 24th October 2019, 11.59pm. The voucher is emailed to you after a successful pre-order purchase of the Pixel 4 or Pixel 4XL. This means you can't use the voucher to offset the handset's price, but you can use it to your advantage to offset the cost of accessories for your Pixel 4 such as the Pixel Stand, Pixel 4 Case and Pixel USB-C earbuds. You can also purchase anything else from the Google Store before 30th April 2020.

The Pixel 4 devices will also be available exclusively through StarHub as the official launch telco partner from 26th October. Apparently, you can enjoy an extra 10GB of mobile data per month over two years when you sign-up with their mobile plans and free weekend data when you purchase it online. We'll be sure to update more details closer to the date of availability, including phone prices and any further promotional details.

To find out more about the Pixel 4 and Pixel 4XL, check out our hands-on experience here. 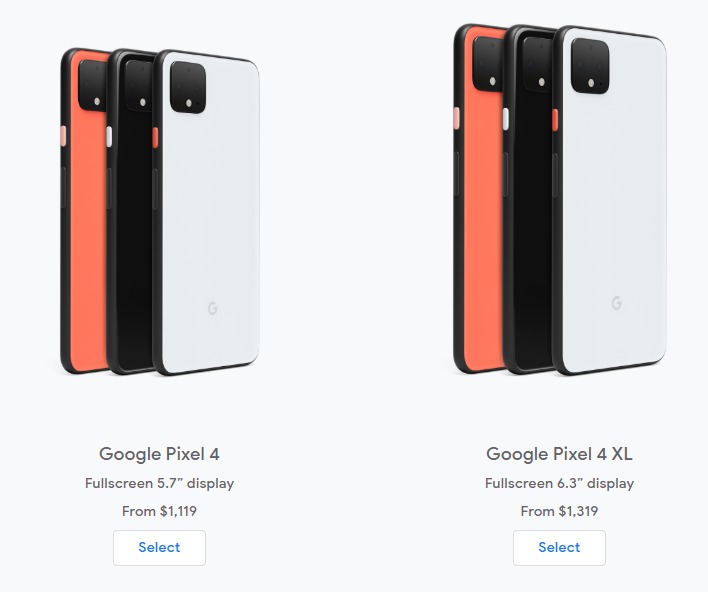 Join HWZ's Telegram channel here and catch all the latest tech news!
Our articles may contain affiliate links. If you buy through these links, we may earn a small commission.
Previous Story
Software bug allows unregistered fingerprints to unlock the Galaxy S10 (Updated)
Next Story
Google Stadia is more like a digital storefront, less of a "Netflix for games" service