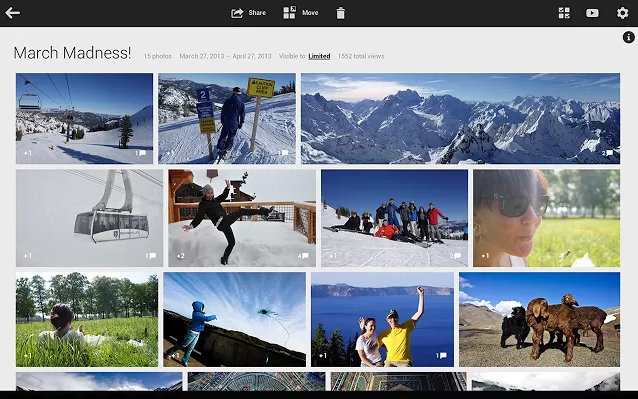 Google has announced that the recently introduced Google+ Photos app is now available on all Chromebooks. It was launched in June 2013, but was only available for Google's flagship Chromebook, the Chromebook Pixel.

Uploaded photos are private by default, so there's no need to worry about your friends seeing your unedited photos.

Like the Google+ photo feature, users can choose to share individual photos, a collection of photos or even an entire album straight from the app, simply by selecting them and clicking share. Photos that have been uploaded, will still be accessible offline, so you can browse and organize them even when you're not connected to the Internet.

Right now there's no direct way of installing the Photos app on your Chrome browser for Windows or Mac, but it should be available for the Chrome browser some time down the road. To get a taste of that the Google+ Photos app can do, simply login to your Google+ account, click on the Home button and select the Pictures option.