This article was originally published on 4 February 2020.

6 February 2020 update: The rules have changed! Check out the updated rules below. 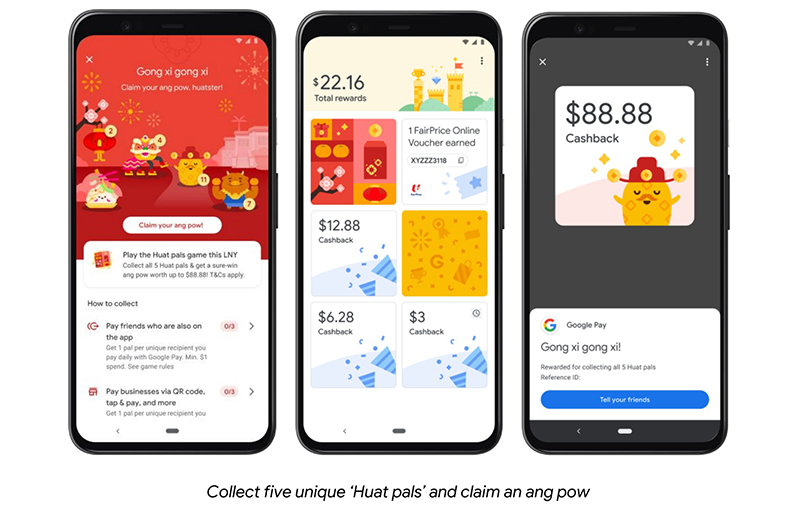 Come Chinese New Year (CNY) 2021, you can not only send digital angpows (red packets) to loved ones, but you can also earn angpows by simply using Google Pay.

Available from 4 to 26 February 2021, Google Pay users (new and existing) can play 'Huat pals' with friends and family. The game is simple: collect five characters called Huat pals via Google Pay, and the user earns an angpow worth anywhere between S$8.88 to S$88.88.

6 February 2020 update: Previously, it was S$1 or above to businesses, and S$1 and above to friends. It's likely that the rules changed due to the popularity of Google Pay and Huat pals. The transaction limit is now S$10 or above, and there are new, different ways to earn Huat pals - it's best to refer to the app whenever the daily reset hits.

Contrary to the common gamer belief that mechanics are only for cars, even a simple game of collecting angpows via Google Pay has special mechanics among the different Huat pals available.

Specifically, the Boss Pineapple Huat pal has a chance of dropping a gift basket that can be shared with a group of three or more friends. Inside the basket are FairPrice Online vouchers of different values, other Huat pals, or angpows.

As mentioned above, Huat pals can be gifted or traded between friends. Collecting more characters increases your chance of earning rewards.

Even though you need only five different Huat pals to claim an angpow, you can collect several Huat pals a day. If you miss the chance to collect a Huat pal, know that the chance does not return - so be diligent about your Huat pal collection. Below are some additional tips from Google. 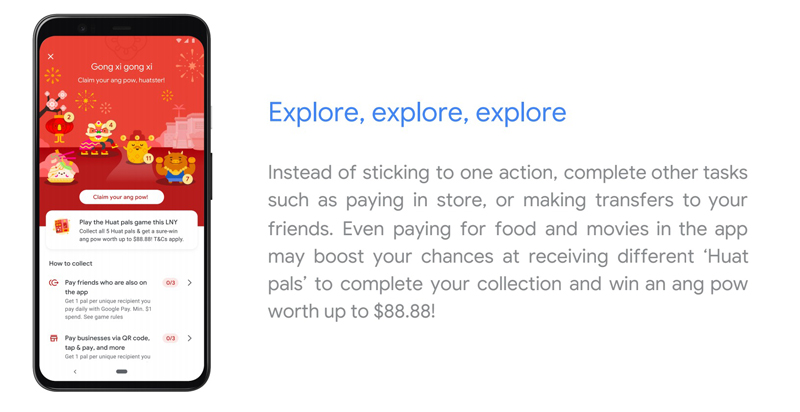 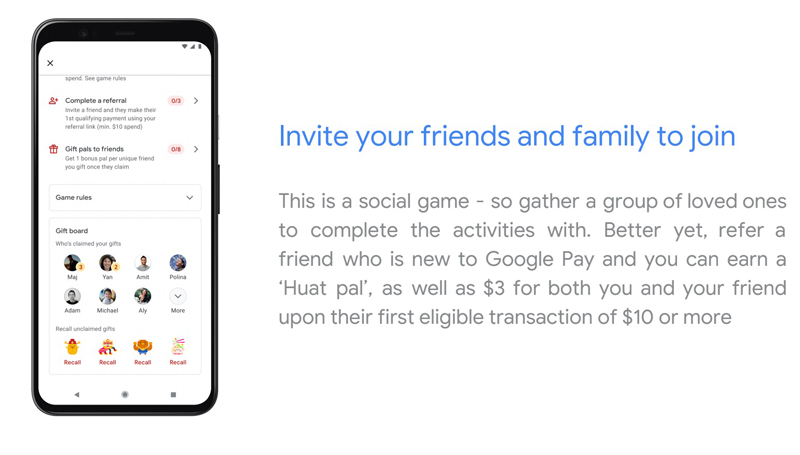 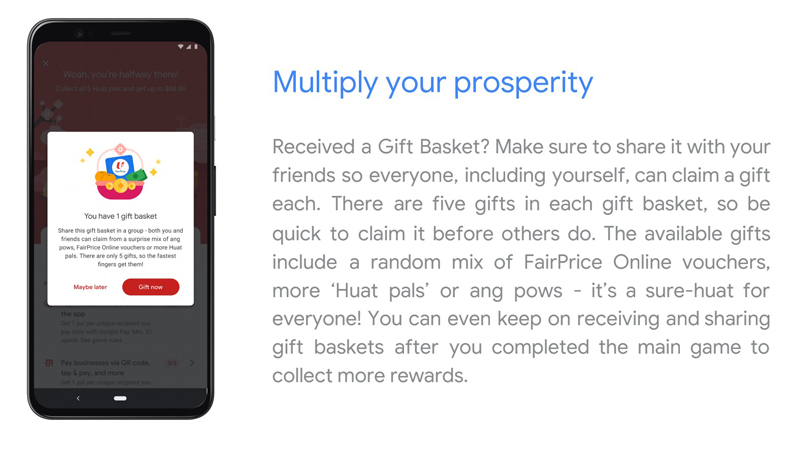 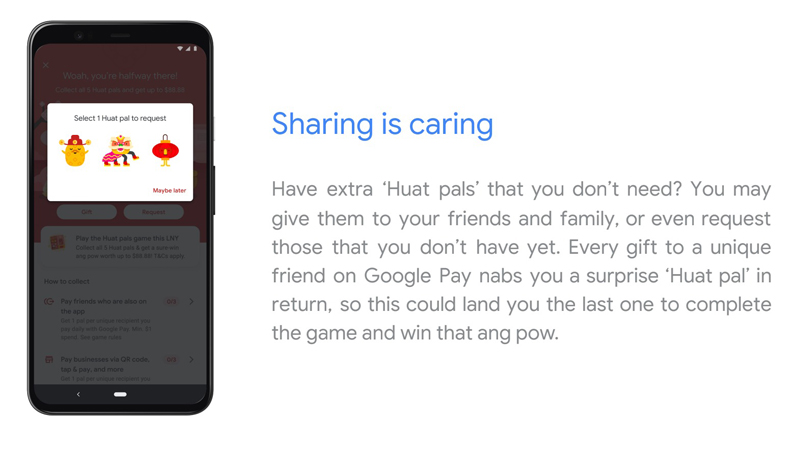 “The traditions of Lunar New Year are all about drawing people closer together. In light of the safety measures imposed on large group gatherings due to the pandemic, we hope this campaign will be a rewarding and meaningful way for Singaporeans to continue the traditions of sharing blessings with their loved ones, and have fun with their friends and family through the Google Pay app," said Patrick Teo, Director of Engineering for Payments at Google.

The Google Pay app is available on iOS and Android. The app received a major Singapore-centric revamp last September, with a wider range of payment and merchant partners in its quest to be an all-in-one digital payments app. The CNY 2021 rewards run concurrently with existing promotions on the app, too.

Join HWZ's Telegram channel here and catch all the latest tech news!
Our articles may contain affiliate links. If you buy through these links, we may earn a small commission.
Previous Story
Facebook said to be working on a smartwatch with messaging and health features
Next Story
Huat ah! OCBC PLayNow gives you up to S$88 daily chances to smile this CNY