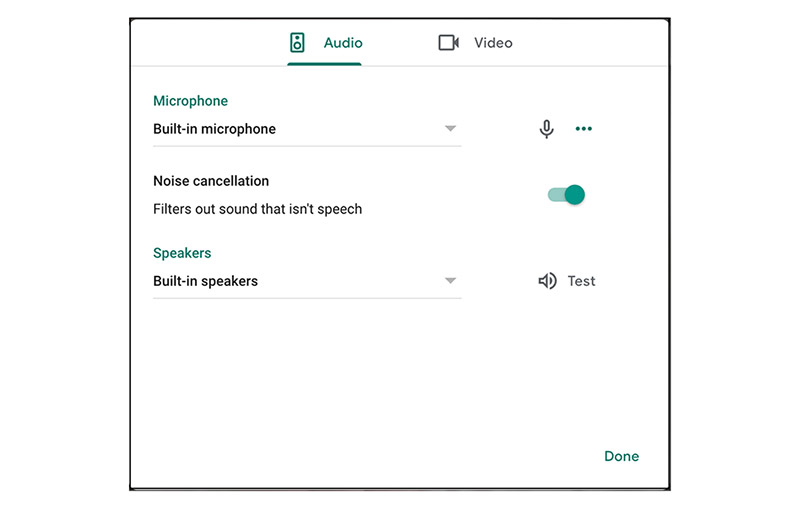 First to appear for web users on G Suite Enterprise and G Suite Enterprise for Education, Google Meet’s noise cancellation feature is rolling out starting today for mobile users on Android and iOS, according to this update from the G Suite team (via Android Police).

Disabled by default, this feature, when enabled, will filter out sound that isn’t speech. According to Google, it can remove background noises such as ‘typing, closing a door, or the sounds of a nearby construction site’. It won’t filter out voices from TV or voices of many people talking at the same time — which makes sense.

Like before, the feature is only available to G Suite Enterprise and G Suite Enterprise for Education accounts — you won’t see the toggle if you’ve a G Suite Basic, G Suite Business, G Suite for Education or G Suite for Nonprofits account. It’s also not available in some countries, including South Africa, the UAE and their immediate surrounding areas.

Join HWZ's Telegram channel here and catch all the latest tech news!
Our articles may contain affiliate links. If you buy through these links, we may earn a small commission.
Previous Story
Samsung Galaxy S20 FE SG pre-order details are here
Next Story
Belkin teams up with Devialet to create a smart speaker that’s also a wireless charger (Updated)