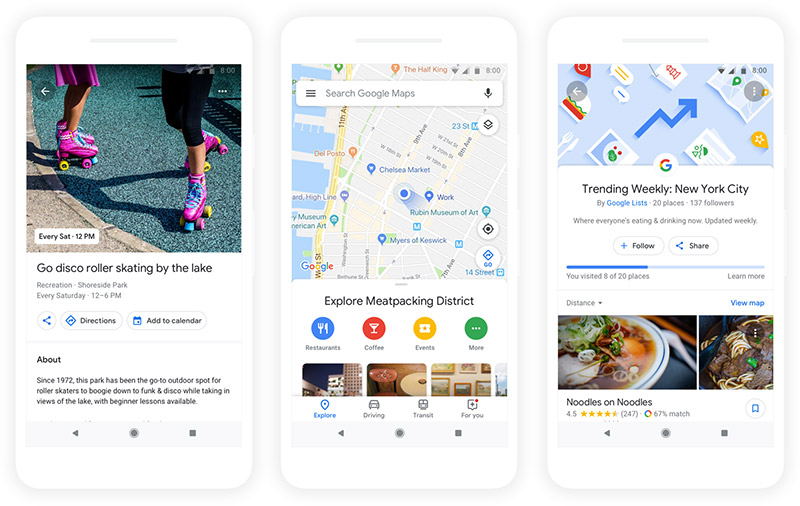 Update, Dec 12: Google has announced that the For You tab is coming to over 40 countries on iOS and over 130 new countries on Android.

Update, June 27: Google Maps for iOS and Android have been updated today with many of the new features we first saw at Google I/O 2018, including the new Explore tab, For You tab, and Your Match.

First published on May 10:

Google Maps is already pretty great at helping you get from one place to another, so at this year’s I/O developer conference, Google’s focus is mostly about making the service more assistive and personal. More specifically, Maps is getting new features to help you discover new places to eat and things to do.

For a start, there’s a redesigned Explore tab, which features everything you need to know about dining, events, and activity options in a nearby area. To help you find what you want or make a decision, you’ll also see information from local experts, Google’s algorithms, and trusted publishers.

There’s also a new For You tab that lists noteworthy happenings in the areas you’re into. And if you’re planning for a group, you can now create a shortlist of places and share it with friends across any platform for voting.

Tapping on a food or drink venue and Maps will throw up a number that Google calls Match. This score suggests how likely you’re going to like the place you’ve tapped. Google is able to gauge this based on your preferences in Maps, other places you’ve been to, restaurants that you’ve liked or rated, etc. Machine learning is used here, so the “matches” will evolve over time.

The aforementioned features (which will start rolling out globally on Android and iOS in the coming months) aside, Google has also teased an augmented reality navigation mode in Maps. In short, this combines data from the camera, Street View, and Maps to give you a new and better way to navigate while walking.

In the demo shown by Google VP Aparna Chennapragada, flashing arrows overlaid on Street View’s panoramic views were used to direct the user, and info on nearby landmarks would pop up on the screen automatically. The team is also considering adding a helpful AR guide (a fox in the demo) to show you the way. Using GPS to power such a feature isn’t enough though. So Google has used a technology it calls Visual Positioning System (VPS) to get precise user position and orientation. No release timeline for this feature is announced. 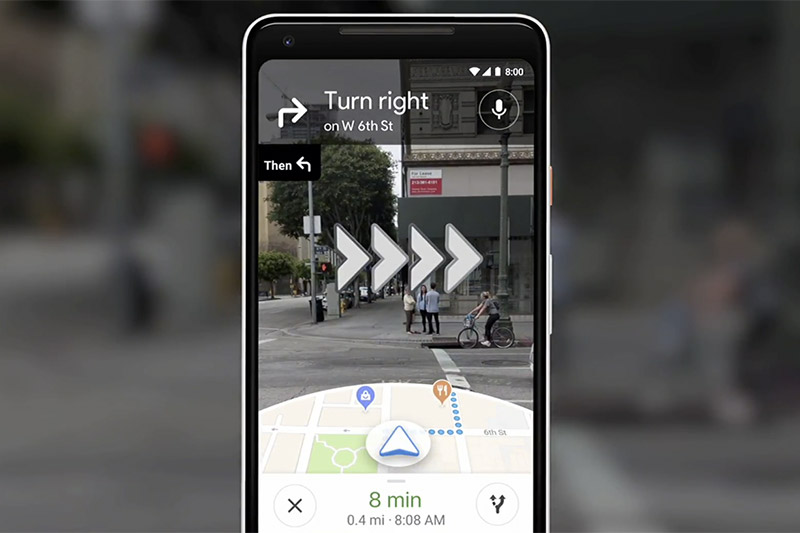 Join HWZ's Telegram channel here and catch all the latest tech news!
Our articles may contain affiliate links. If you buy through these links, we may earn a small commission.
Previous Story
Rumor: Is this the new Olympus E-M1 X?
Next Story
The OnePlus 6T McLaren Edition comes with 10GB RAM and faster wired charging tech