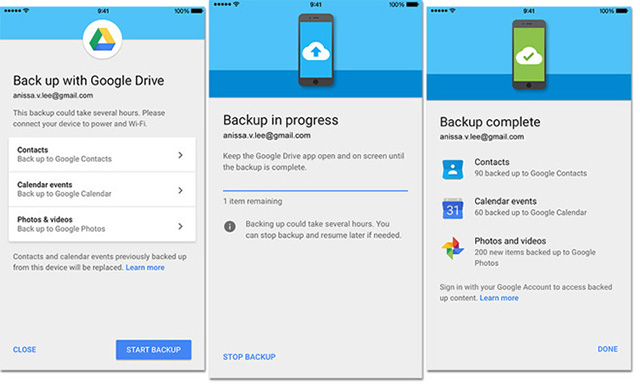 Google has just activated a new feature in their Google Drive app that turns it into a migration tool capable of transferring calendars, contacts and photos from an iPhone or iPad to a new Android device.

The process takes only three steps:

It’s a slightly more complicated process compared to Apple’s own Move to iOS app, but gets the job done fairly easily nonetheless.  One thing we would note is that Google Drive is limited to 15GB of Cloud storage, so you may want to do some trimming first if you’ve got lots of photos on your device.

Join HWZ's Telegram channel here and catch all the latest tech news!
Our articles may contain affiliate links. If you buy through these links, we may earn a small commission.
Previous Story
Apple launches standalone support app in the U.S.
Next Story
BeatsX earphones' release now pushed to February 2017