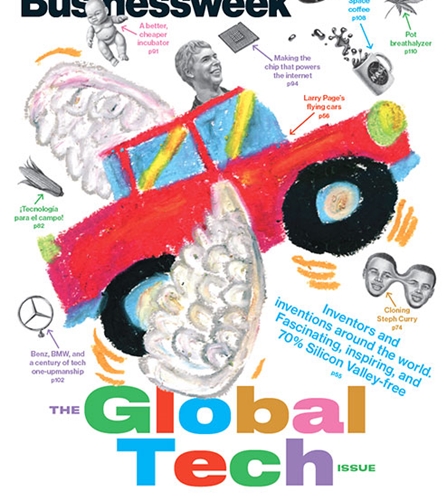 According to a Bloomberg Businessweek report, Google co-founder Larry Page has been secretly funding two funds that are developing ‘flying cars’. The firms aren’t backed by Google nor its holding company, Alphabet as Page is allegedly using his own funds to support the two companies.

The first firm is Zee.Aero and this firm has allegedly received US100 million from Mr. Page’s personal coffers. Bloomberg Businessweek reports the company employs up to 150 people, and the company has expanded its operation to a airport hangar, where two prototype aircrafts perform regular test flights. Probably in an attempt to hedge against a possible failure in Zee.Aero, Page also invested in another ‘flying-car’ startup, Kitty Hawk, which started its operations in 2015. The president of Kitty Hawk is Mr. Sebastian Thrun, who is most famous for his role as co-founder of Google X; he left the research laboratory in 2014. In comparison to Zee.Aero, Kitty Hawk employs a smaller team, consisting of about a dozen engineers. It’s believed that Page wants to see which arrangement works better, Zee.Aero, with its larger team, or Kitty Hawk, whose staff strength is only about one-tenth of the former’s.

But there seems to be another pressing problem here; Page had allegedly vowed that he might stop his personal funding to these ‘flying-car’ firms if his involvement in them were uncovered. Now, since this Bloomberg Businessweek’s report has made his ‘secret’ investments public, the fate of these two firms may be jeopardy.

Join HWZ's Telegram channel here and catch all the latest tech news!
Our articles may contain affiliate links. If you buy through these links, we may earn a small commission.
Previous Story
NVIDIA GeForce GTX 1080 custom cards have landed, and they're cheaper than expected (Updated)
Next Story
The SilverStone Strider Titanium ST80F-TI PSU is now available