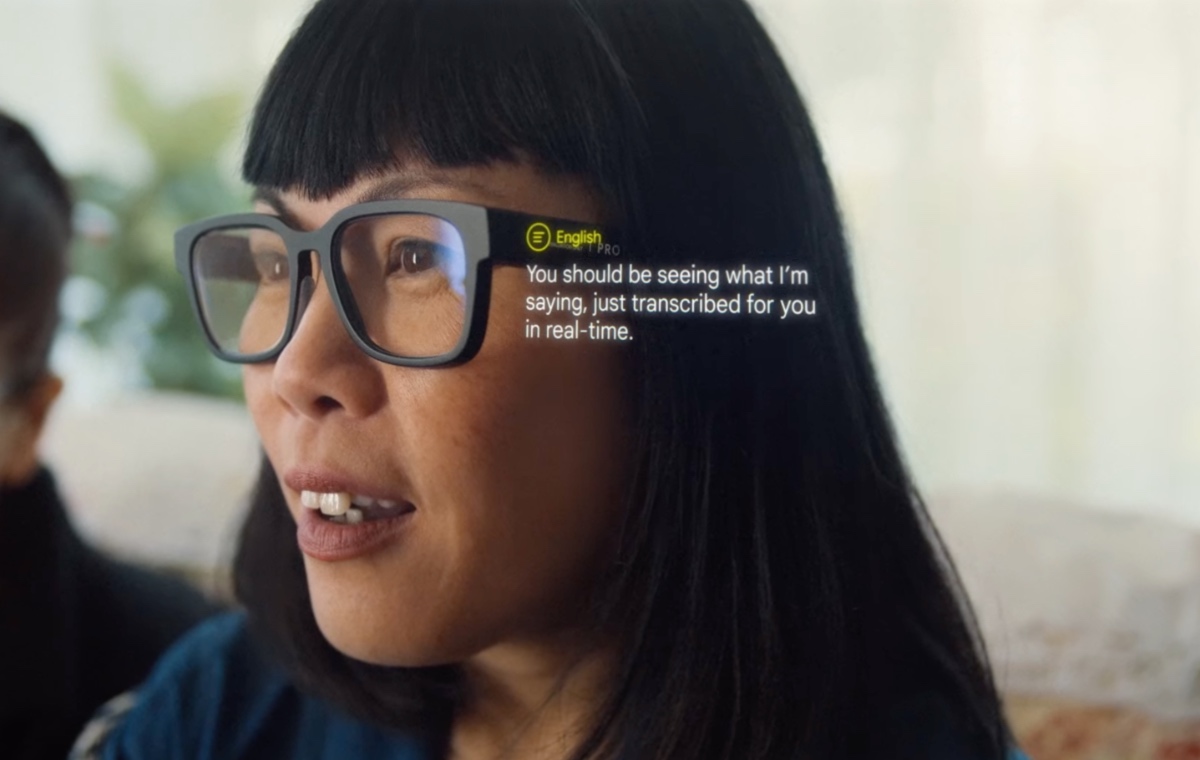 Google showed off many impressive new things at I/O 2022 and one of the most remarkable was an AR glass that could translate speech in real-time right in front of your eyes.

Google didn't share specifics but the glass looked fairly ordinary though it must be said that the frame are a little on the chunky side.

In the demo, Google showed the glass translating speech and overlaying the translated speech in text on the glasses.

In the video, a product manager could be seen saying to someone who's trying out the glasses, "You should be seeing what I'm saying, just transcribed for you in real-time. Kind of like, subtitles for the world."

Eddie Chung, a director of product management at Google, said "What we are working on is technology that enables us to break down language barriers."

As I said, Google didn't share specifics about these glasses so we have no idea how it'll work, how long its batteries will last, or even will it ever be released. However, there's no denying how useful these glasses can be.

Join HWZ's Telegram channel here and catch all the latest tech news!
Our articles may contain affiliate links. If you buy through these links, we may earn a small commission.
Previous Story
Warzone's new Operation Monarch mode will see both Godzilla and Kong joining the fray
Next Story
Google updates its conversational search AI LaMDA with greater intelligence