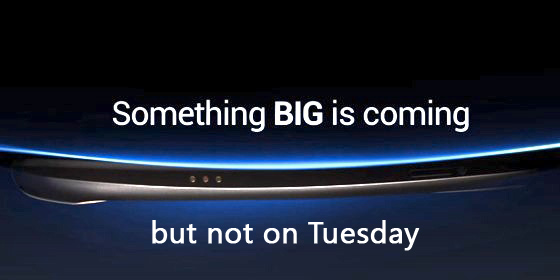 Update: AllThingsD has reported that the postponement is done out of respect for Apple co-founder and ex-CEO Steve Jobs, who died Wednesday.

UPDATE 9:04 am PT: In an updated statement, the companies confirmed they were making the move out of respect for Jobs.

“We believe this is not the right time to announce a new product as the world expresses tribute to Steve Jobs’s passing,” the companies said.

In a surprise turn of events, the Samsung Galaxy Nexus (or Nexus Prime) will not be launched next Tuesday.

According to TechCrunch, both companies made a joint statement that "it is just not the right time to announce a new product." A new date and venue will be made known shortly.

Earlier today, we reported the leak of a photo and video of the Samsung Galaxy Nexus running Android 4.0 Ice Cream Sandwich. The device seems promising and confirmed some of the specs reported earlier by GSM Arena and BGR.

Now that the launch is delayed, we hope that we do not need to wait too long.