Google and Lenovo are making a standalone, untethered VR headset that can track the world around you

Google and Lenovo are making a standalone, untethered VR headset that can track the world around you 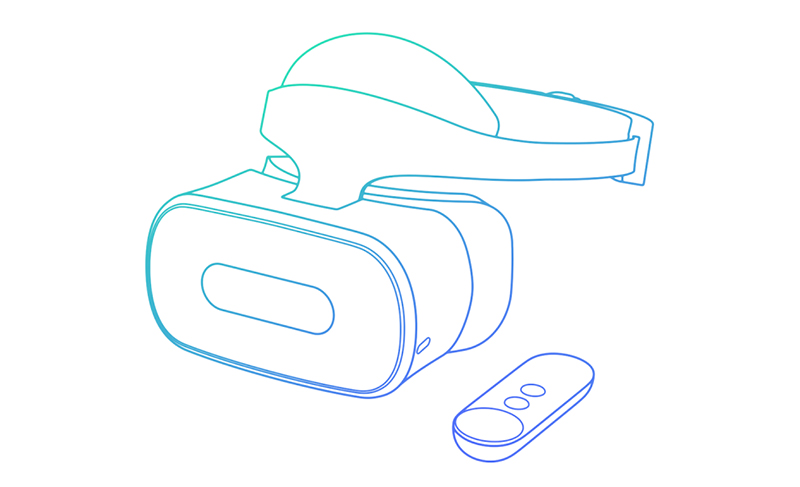 Google is taking its Daydream VR program further to include standalone headsets from hardware partners, including HTC and Lenovo. These headsets will be fully untethered and support inside-out tracking, which means that they can make sense of their position in space relative to your environment and translate that into what you’re seeing in virtual reality.

And unlike the existing felt-covered Daydream headset, you won’t require a smartphone for it to work. This has allowed Google and its partners to properly customize the display, sensors and design to create a more immersive VR experience.

The tracking system offers 6 degrees-of-freedom, which means you’ll be able to move more naturally and freely as the headset is capable of taking into account all the possible ways of navigating through 3D space. In comparison, the Daydream headset only tracks head tilt and not position.

Google calls the new system WorldSense, and it relies on a bunch of sensors built into the headset itself. The search giant is working with Qualcomm on a reference design, but HTC and Lenovo are expected to release their own designs in the coming months.

On Lenovo’s end, details on the actual headset were sparse, but a graphic from the company appears to show a Daydream-esque controller that is probably for navigating menus and the like. Lenovo was also among the first to make a VR headset for the Windows Holographic platform, so the company clearly doesn’t want to miss the AR/VR train.

Similarly, HTC’s own render of its headset shows a controller as well, with the headset reportedly being dubbed the Vive Standalone.

Both Oculus and Intel have also unveiled prototype standalone headsets, and the growing number of players in this space could help make untethered VR experiences more affordable and accessible for the masses.

As for more details of the headset's other capabilities, the level of fidelity, what sort of platform is powering it, pricing and availability, Lenovo will update us when its unit is finalized and is closer to mass production.

Join HWZ's Telegram channel here and catch all the latest tech news!
Our articles may contain affiliate links. If you buy through these links, we may earn a small commission.
Previous Story
Plextor to release new M8Se PCIe NVMe SSD in June
Next Story
Sony Xperia Touch interactive projector will be available in July 2017