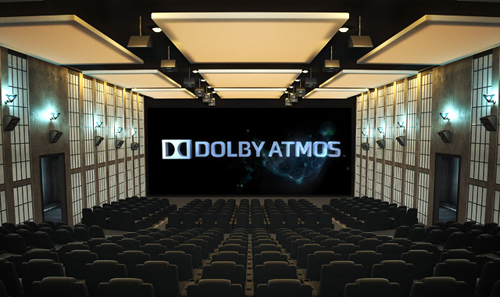 Apart from the big screen, sound is another important aspect in creating an enjoyable cinematic experience. Dolby has been at the forefront of cinema sound technology for the past few decades and the new Dolby Atmos digital surround sound technology is the next step in cinema sound evolution.

Announced earlier this year in April, Dolby Atmos aims to provide cinema-goers with the most immersive cinematic sound experience. Previously with 5.1 and 7.1 surround sound technology, filmmakers were restricted to "surround zones" and couldn’t address individual speakers. Dolby Atmos removes this restriction by allowing filmmakers and sound engineers to address individual speakers in a theatre’s setup. This means that sound can be more precisely positioned.

Apart from being able to address individual speakers, Dolby also wants to engulf cinema-goers in more lifelike sounds and one of the most crucial enhancements in Dolby Atmos is the introduction of overhead speakers. As its name suggests, these speakers are mounted on the theatre’s ceiling and this offers unique advantages over traditional surround speaker setups. For one, the overhead speakers give what Dolby calls “true overhead sound”. They add a third dimension to the soundscape and give a more realistic sense of depth, resulting in a more natural-sounding and immersive listening experience. 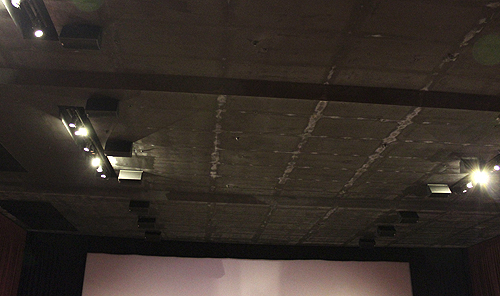 Apart from the overhead speakers, Dolby Atmos also introduces other enhancements. As we mentioned earlier, with Dolby Atmos, filmmakers can now address individual speakers for more a realistic surround experience. Specifically, Dolby Atmos supports up to 64 independent speaker outputs and up to 128 simultaneous audio elements in the sound mix. This gives filmmakers and sound engineers unprecedented control over a movie’s sound track, and Dolby is confident that filmmakers will take advantage of Atmos’ technical advancements in the years to come and create more lifelike movie audio experiences.

We were first shown a short introductory / demo clip, followed by two Dolby-produced trailers. The demo clip and the trailers were both very convincing in portraying and demonstrating the positional prowess of the new Dolby Atmos system. One of the trailers featured rustling leaves and winds, and as the leaves swirled around, we could actually hear it moving around and above us. 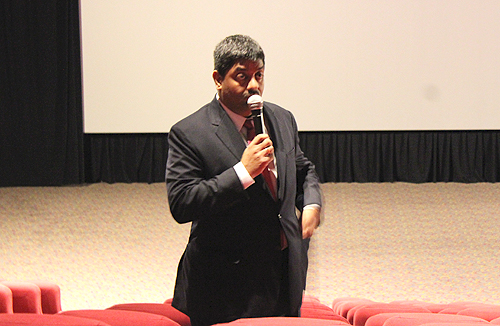 We were then shown snippets from two movies - Chasing Mavericks and soon to be released local production Ah Boys to Men - that were encoded in this new format. Watching actual movies, we found that the advancements of Dolby Atmos were not as evident. Maybe its because of the nature of the scenes, but clips from the movies did not impress as much as the demo and trailers did. However, these are early days for the new Dolby Atmos sound technology and it will take time for filmmakers and sound engineers to maximize on the capabilities of this new technology.

Apart from Chasing Mavericks and Ah Boys to Men, cinema-goers can also look forward to the upcoming The Life of Pi and the eagerly-anticipated Hobbit: An Unexpected Journey, both of which will be encoded in the Dolby Atmos sound format.

Join HWZ's Telegram channel here and catch all the latest tech news!
Our articles may contain affiliate links. If you buy through these links, we may earn a small commission.
Previous Story
CM Storm Ceres-400 Gaming Headset Announced
Next Story
Play Battlefield 1942 for Free via Origin