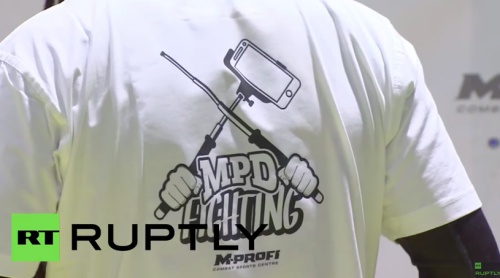 You may look at the selfie stick in a different light after reading this article.

According to a martial arts centre in Russia, the selfie stick can be used as a self-defence weapon by tourists if they are going to get mugged or attacked. The self-defence techniques, which can be learnt in just five lessons, have an official name, the monopod fight or mpd-fight. These techniques are reportedly effective against boxers, wrestlers, mixed martial arts practitioners and other types of fighters.

As amazing as it may sound, we don't know if the mpd-fight is able to ward off muggers who target their victims in groups. If you're interested to check out the different techniques of mpd-fight, do check out the video below:

Join HWZ's Telegram channel here and catch all the latest tech news!
Our articles may contain affiliate links. If you buy through these links, we may earn a small commission.
Previous Story
EVGA GeForce GTX 980 Ti Kingpin smashes benchmark records with 2,200MHz overclock!
Next Story
Microsoft to open-source the Edge browser's JavaScript engine