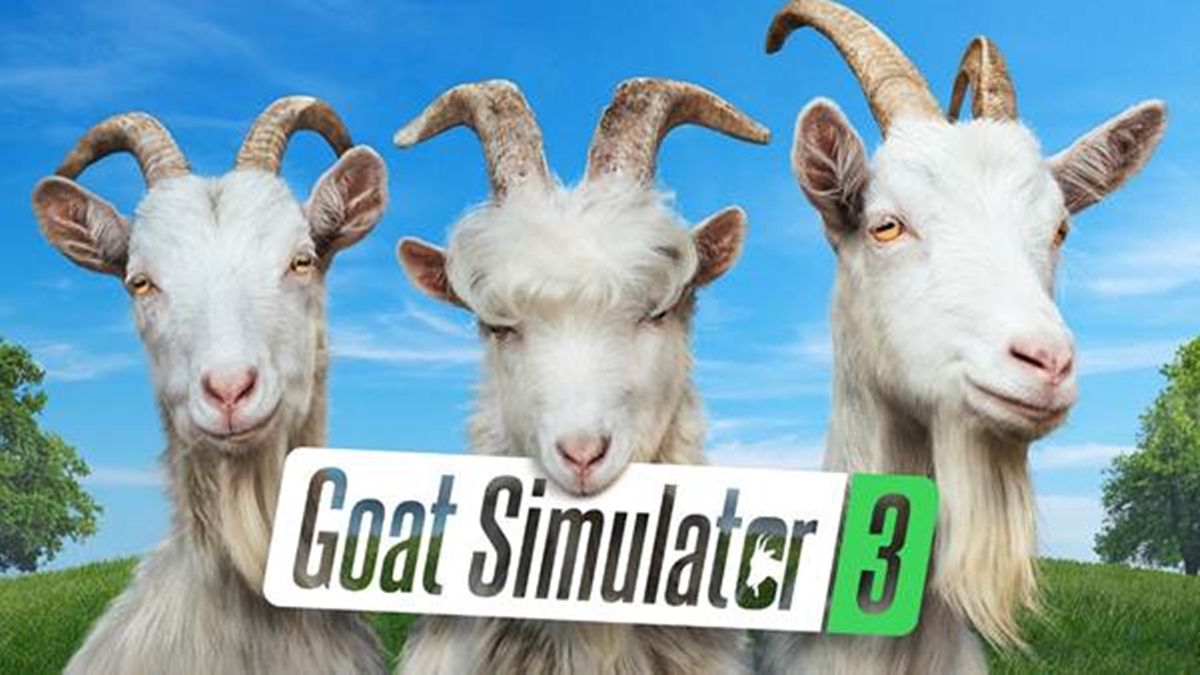 If anything, Goat Simulator 3 certainly does not look "meeeeeh", and no, I will not apologise for that.

Earlier today, Coffee Stain Studios rolled out our first lick of the franchise's third instalment at the Summer Game Fest 2022, and I must say, whoever conceptualised that masterpiece of a trailer deserves a solid two hooves up. It is downright hilarious. But I guess that's the point, anyway.

According to the release provided by the developers, the game will apparently support Multiplayer for up to four goats, with over 300 different Head, Back, Feet, Horn, and Fur variants to choose from. In single-player, you'll take control of a goat called Pilgor with the aim of causing havoc in an amazing new sandbox called San Angora. Loaded with secrets and goofiness aplenty, you can harness the powers of countless other goats as well as the elements of Fire, Electricity, Oil, and Alien Goo to terrorise the population and assert your goatly dominance.

Of course, you're perfectly welcome to watch that ridiculous trailer on repeat if you'd like to. From the looks of things, we can at least confirm that the game is going to be extremely lame (in a good, or rather, goat way), light-hearted, and ten times sillier than the previous instalment. I mean, you've got a goat that can increase the size of people's heads, and chances are that's probably one of the more tame ideas they've got cooking over at Coffee Stain.

Speaking of cooking, it seems that the team is still working on a release date for Goat Simulator 3, though they have provided that it will arrive sometime this fall. It's announced to be available on Xbox Series X/S, PlayStation 5, and PC exclusively via the Epic Games Store.

Join HWZ's Telegram channel here and catch all the latest tech news!
Our articles may contain affiliate links. If you buy through these links, we may earn a small commission.
Previous Story
Apple could unveil a 15-inch MacBook Air in 2023
Next Story
Marvel's Midnight Suns releases 7 Oct with Spider-Man, Fallen Venom and more in tow