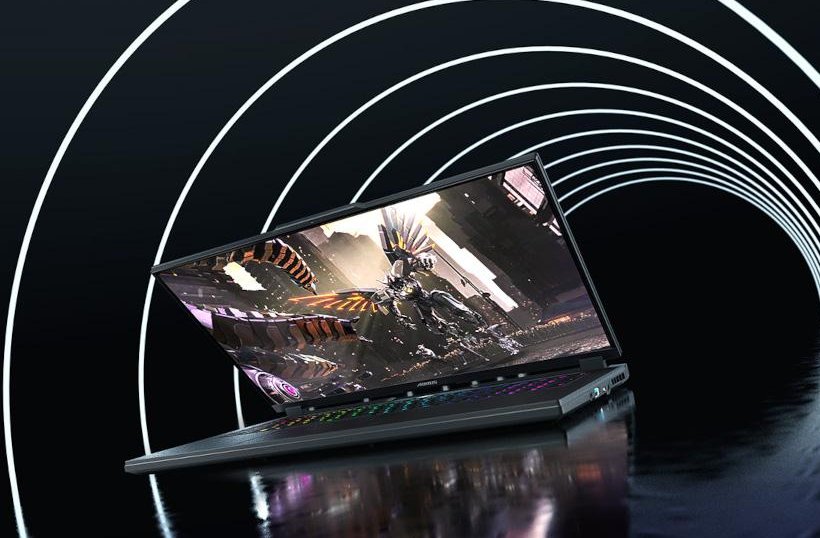 The more performance you pack into your laptop, the bulkier it usually becomes. That being said, Gigabyte has just announced its Aorus 17X (Intel 12th Gen Core), which seems to prove otherwise. This monster of a portable gaming laptop has slimmed down a fair bit while packing the latest Intel 12th Gen Core i9 HX-Series processor (that was just launched days back) and paired with the NVIDIA GeForce RTX 3070 Ti or RTX 3080 Ti GPU that allows you to run any AAA game smoothly. The Core i9-12900HX (the fastest HX tier launched) sports 16 processing cores (8 performance and 8 efficiency cores) and is able to crunch up to 24 processing threads simultaneously. According to Gigabyte's internal testing, it can deliver a performance boost of 14% compared to even this year's Core i9 12900H (which was the fastest before the HX options arrived), and that's nothing to scoff at.

Gigabyte has also created the world's first four-sided super-thin bezel gaming laptop (first featured on their earlier refreshed Aorus 17 model this year) with the help of bent-type screen technology, touting an overall screen-to-body ratio of 90%. With this innovation Gigabyte claims that they were able to pack a big 17-inch screen in a nearly traditional 15-inch tall chassis, reducing the overall size of the latest Aorus 17x over its predecessor by 17%. It even manages to cram a HD webcam at the top bezel. The featured 17.3-inch FHD display also runs at a high refresh rate of 360hz, eliminating ghosting for smooth and rich gameplay (though strangely, no mention of Freesync or G-Sync support). 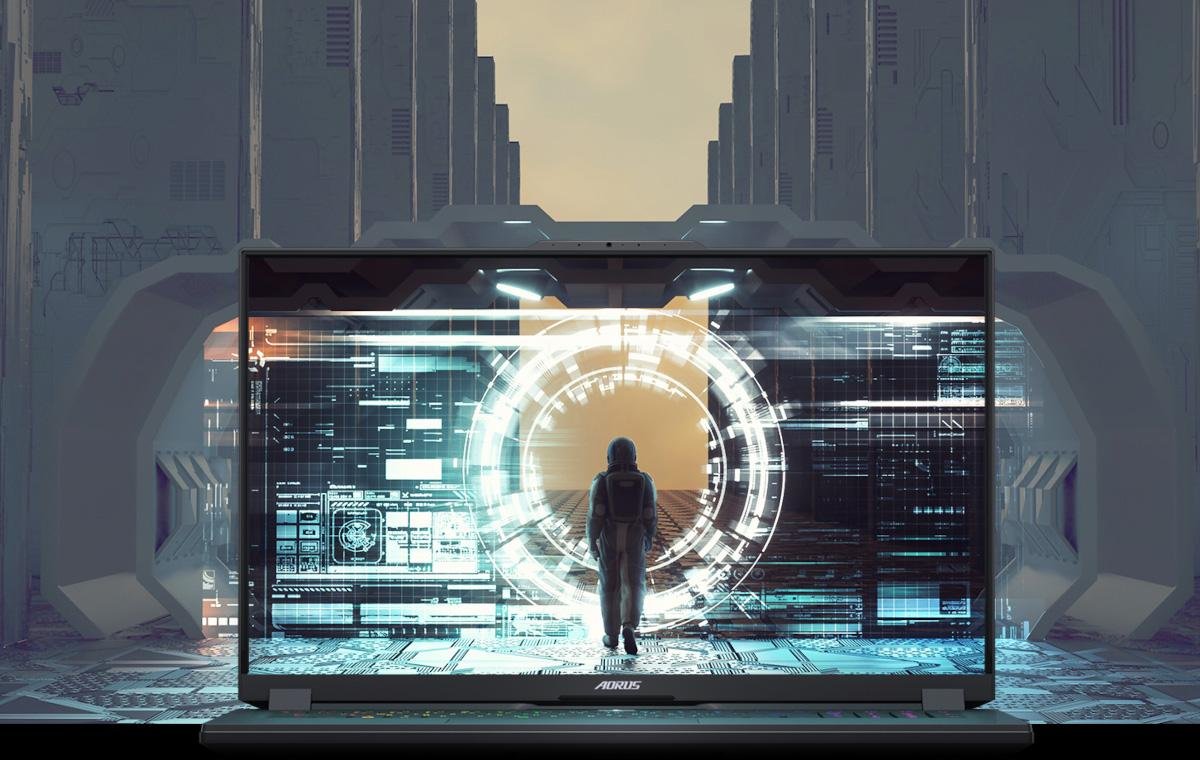 All that power under the hood is kept cool with WindForce Infinity cooling technology that effectively removes heat from the CPU and GPU to allow the system to maintain performance throughout your workload. Like most high-end gaming notebooks launched this year, the Aorus 17X also features a MUX switch to toggle off the board GPU and only engage the discrete GPU to process all GPU-bound processing. Gigabyte claims this boost graphics performance by up a further 8%.

A gaming laptop is not complete without a good keyboard, and the Aorus 17x is equipped with a short travel keyboard that comes with RGB fusion technology, where all keys have independent light control, allowing gamers to customise the colours to reflect their individuality.

Weighing in at just 2.7kg, this gaming laptop brings desktop-class gaming performance in a pretty portable package. Whilst it's no business ultraportable that often weighs less than 1.5kg these days, to put things in perspective, the last-gen Aorus 17X with top-tier hardware (11th Gen Core i9-11980HK and a GeForce RTX 3080) weighed in a 'hulking' 3.75kg! And that was nothing abnormal since most top-grade gaming notebooks easily weigh that much or more, much like the first Aorus 17. In contrast, the latest Aorus 17X has made exceptional design leaps to bring about a much more svelte design and weight that can easily be mistaken for a 15-inch gaming notebook.

This would be great for gamers who want uncompromised performance when bringing their setup to a friend’s house for some multiplayer fun. I can also envision a laptop with this level of performance being suitable for on-the-fly video editing jobs where one would need to get the footage edited and processed while on the move. To facilitate such jobs, some of the I/O ports it has include twin USB 3.2 (Type-A) ports, a Thunderbolt 4 (Type-C) port, and even an RJ45 LAN port for the ultimate network connectivity if you do have access to a wired connection. Other notable ports include an HDMI 2.1 port and a Mini DP 1.4 port.

While gaming laptops might not be for everyone, the Aorus 17x would be great if you want to bring your gameplay settings and configurations around with you, so that you get straight into the action. The system specifications also make the Aorus 17x a terrific desktop replacement and a good compromise if space is limited.

There is no official pricing yet at the time of publishing, but it won't be long before you can expect to see this on our shores. Just be prepared with a wade of high-value notes, but you won't be left wanting in any area of performance or style, be it diving into a LAN party session with friends or heading into a client design meeting. If you're wondering if there's a smaller Aorus notebook to feature the specs packed by the Aorus 17X, unfortunately, it doesn't exist at this point in time.

Join HWZ's Telegram channel here and catch all the latest tech news!
Our articles may contain affiliate links. If you buy through these links, we may earn a small commission.
Previous Story
Republic of Gamers' Boundless virtual event showed off new notebooks, apparel and even games
Next Story
Garmin Vivosmart 5’s wellness tracker centres in on comfort and practicality