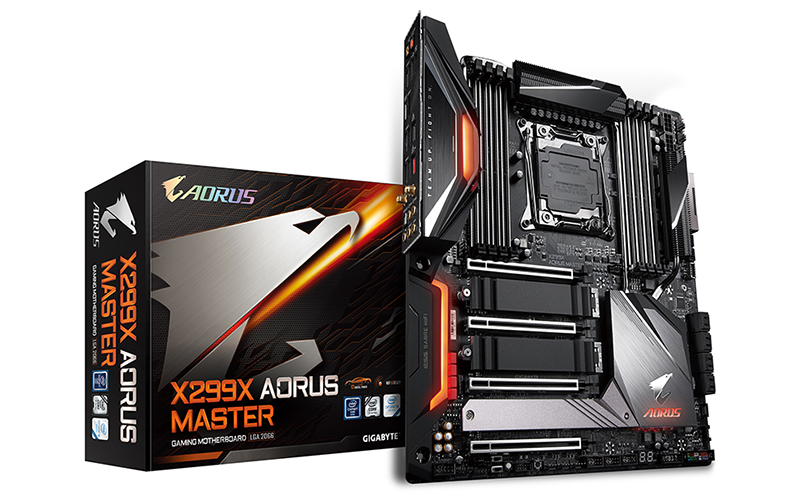 Gigabyte is rolling out some new X299X motherboards for Intel's recently announced Cascade Lake-X high-end desktop processors. The new chips are more likely to generate excitement for their massively reduced prices than any clock speed improvements or features, with the 18-core Core i9-10980XE Extreme Edition retailing for just US$969.

Either way, they're still far more affordable than before, which means there's a good chance that Intel's HEDT platform could attract more interest than in past years.

Gigabyte has a trio of new motherboards to take advantage of that, comprising the X299X Designare 10G, X299X Aorus Xtreme WaterForce, and X299X Aorus Master. However, these are actually based on the same Intel X299 chipset that debuted over two years ago, and the 'X' is simply there to indicate that the boards were built for the new Cascade Lake-X chips. 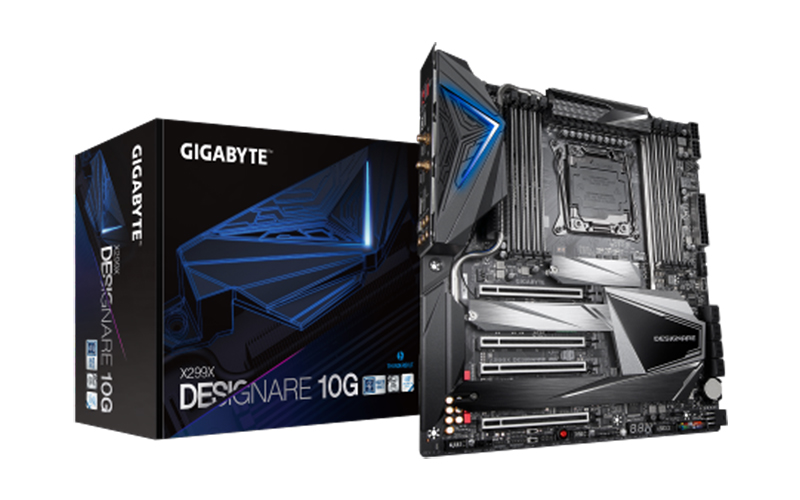 This is important if you want to take advantage of the full I/O capabilities on Cascade Lake-X. The new CPUs expose a total of 48 PCIe lanes, four more than the previous generation, and you won't be able to fully utilise them on an older X299 motherboard.

The new X299X boards also offer improved power designs and thermal solutions, the latter of which comprises finned heatsink arrays, large-diameter heat pipes, thermal conductivity pads, and even a backplate to help maximise heat dissipation. And as its name suggests, the X299X Aorus Xtreme WaterForce takes that a step further with an all-in-one cooling design that encompasses the CPU, VRM, chipset, and M.2 SSD. 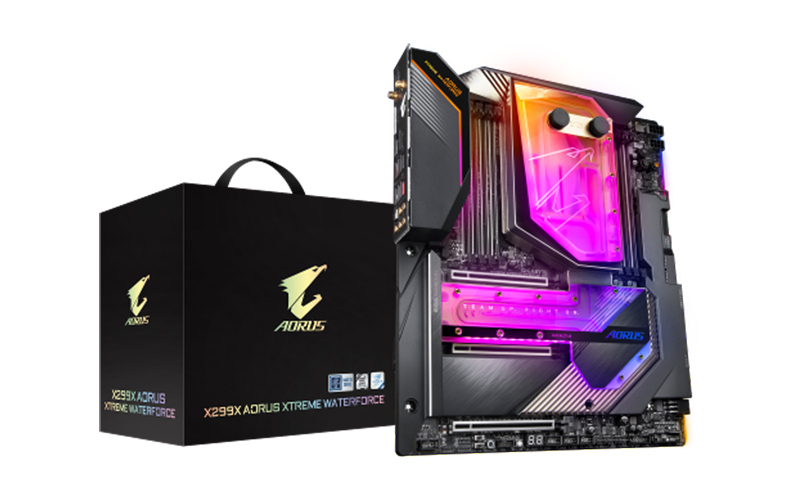 All the boards have a host of hybrid fan headers and temperature sensors as well, while Gigabyte's Smart Fan 5 technology lets you create custom fan curves and heat thresholds to find a balance between noise and temperatures.

In addition, there is support for Thunderbolt 3 and speedy 5Gbps or 10Gbps network connectivity. Elsewhere, you'll get support for the latest Wi-Fi 6 standard and things like dual 10Gbps Ethernet ports on the X299X Designare 10G. On top of that, they'll accommodate up to 256GB of memory and work with NVIDIA's Quadro graphics cards.

The 16-phase power deisgn on the X299X boards are also geared toward overclocking. Each phase has a capacity of 70A and Gigabyte has also utilised server-grade components for better reliability.

On the storage front, the X299X Designare 10G and Aorus Xtreme WaterForce come bundled with a Gen 4 add-in card that adds an extra four PCIe 3.0 x4 M.2 slots for increased storage for your workstation.

Gigabyte hasn't skimped on audio either, and its X299X boards are equipped with the new ALC 1220-VB codec and the ESS 9218 Sabre DAC.

The company stopped short of providing a release date though, except to say that the boards would be available soon.

Join HWZ's Telegram channel here and catch all the latest tech news!
Our articles may contain affiliate links. If you buy through these links, we may earn a small commission.
Previous Story
The 27” Samsung CRG50 is the company’s first 240Hz curved gaming monitor (Updated)
Next Story
Plantronics’ latest wireless BackBeat headphones are all available for less than S$300 each!