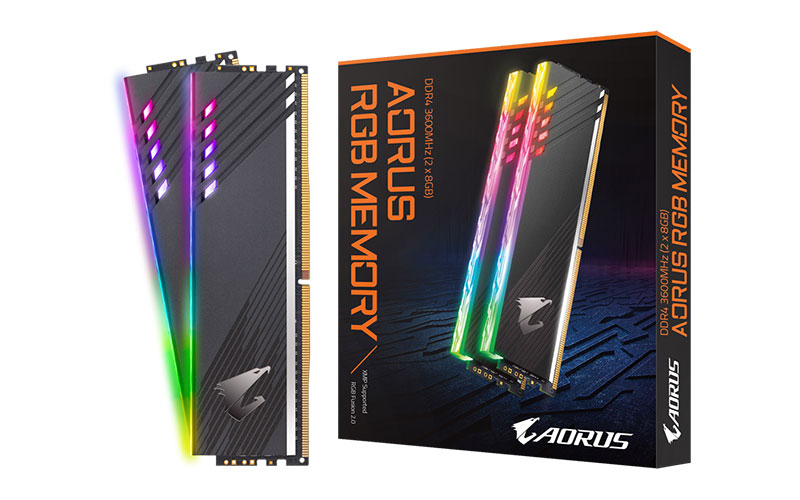 Gigabyte today announced an upgraded version of its Aorus RGB DDR4 memory kit. The new dual-channel 16GB kit features XMP speeds of up to 3,600MHz, but if you pair it with select Aorus motherboards, the company says you can boost the frequency to 3,733MHz. The Aorus Memory Boost function is available on certain Aorus Z390 and X570 motherboards, and it's targeted at memory overclockers who want to squeeze every last bit of performance out of their memory modules.

Other than the more aggressive clock speeds, the new memory comes with additional built-in LEDs – there are a total of 12 now – for smoother and more fluid lighting effects. A new Wave2 rainbow lighting effect has been added too, and it can be used in sync with other compatible components. On top of that, Gigabyte is making available dummy modules as well, so you can fill up all your RAM slots without having to pay the full price for more memory.

The memory modules are equipped with aluminum heat spreaders, which in turn boast an anodised brushed metal finish. According to Gigabyte, the heatsinks are up to 3x denser than regular heatsinks. There are also multiple grooves carved into it, which provide extra surface area for heat dissipation.