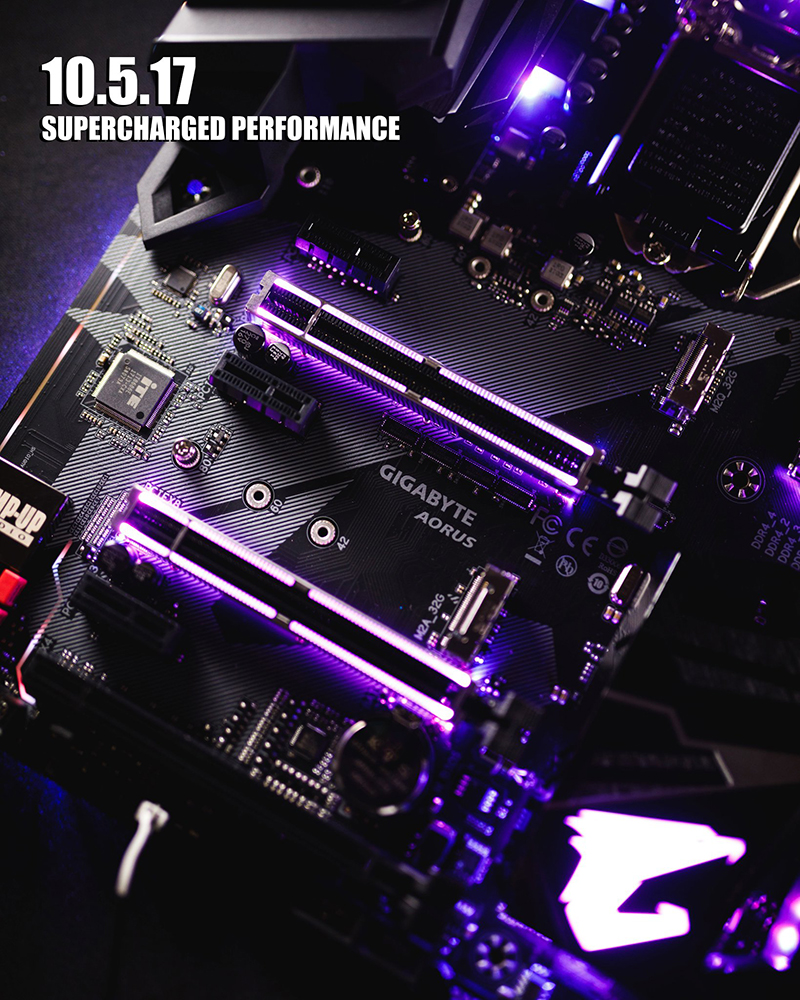 Gigabyte has teased a closeup shot of a new Aorus motherboard, with LED lights illuminating the PCIe slots, heatsinks, and the Aorus logo.

The only descriptor attached to the picture was a mention of “supercharged performance”, and a date – 5 October 2017. The image was posted on the official Aorus Twitter account, which then invited audiences to guess what this was.

Naturally, the popular opinion gravitated toward an Intel Z370 motherboard. As it turns out, the board in the photo looks like the Z370 Aorus Ultra Gaming that VideoCardz leaked earlier, which is supposedly the entry-level motherboard of the series.

That said, this is purely conjecture, and we’ll have to wait till October for confirmation.

Intel's Z370 motherboards will reportedly use the same LGA 1151 socket as the 200-series models, but the Coffee Lake processors will still require a new 300-series board.

Join HWZ's Telegram channel here and catch all the latest tech news!
Our articles may contain affiliate links. If you buy through these links, we may earn a small commission.
Previous Story
The 5th-gen Apple TV finally does 4K, and supports HDR10 and Dolby Vision
Next Story
Logitech’s Craft keyboard comes with a customizable knob for creatives (Updated)