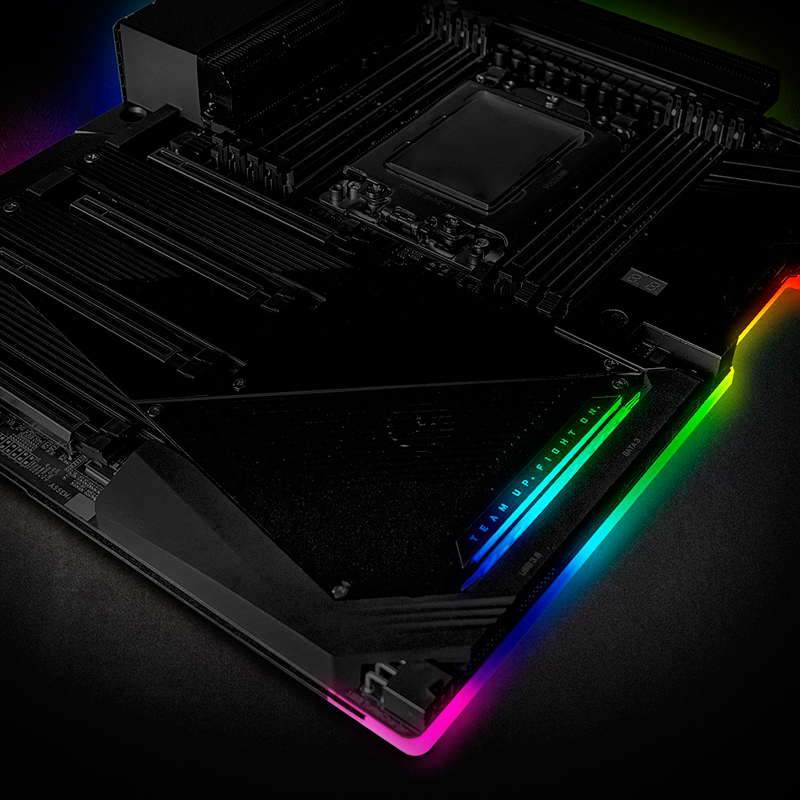 Gigabyte South Africa has revealed a teaser image of a new Aorus motherboard on Twitter. The post also features the #Threadripper hashtag, so it seems likely that the board will launch alongside AMD's third-generation Threadripper processors in November.

The Threadripper 3000 series motherboards are rumoured to use the new TRX40 chipset and socket. The picture shows off four full-length PCIe sockets, three M.2 sockets with heatsinks, a debug display, and a chipset fan. The latter has become a pretty prominent feature on many AMD X570 motherboards, so it looks like we may also be seeing that on new Threadripper boards too. In addition, there's been talk that the TRX40 chipset and X570 use the same silicon.

According to VideoCardz, Threadripper 3000 may be announced as soon as 5 November, with a launch set for 19 November. A 64-core CPU is also rumoured for a January 2020 reveal.

Join HWZ's Telegram channel here and catch all the latest tech news!
Our articles may contain affiliate links. If you buy through these links, we may earn a small commission.
Previous Story
Microsoft’s Secured-core PCs are designed to fend off firmware vulnerabilities for heightened security
Next Story
An artbook advertisement leak has seemingly confirmed Diablo 4