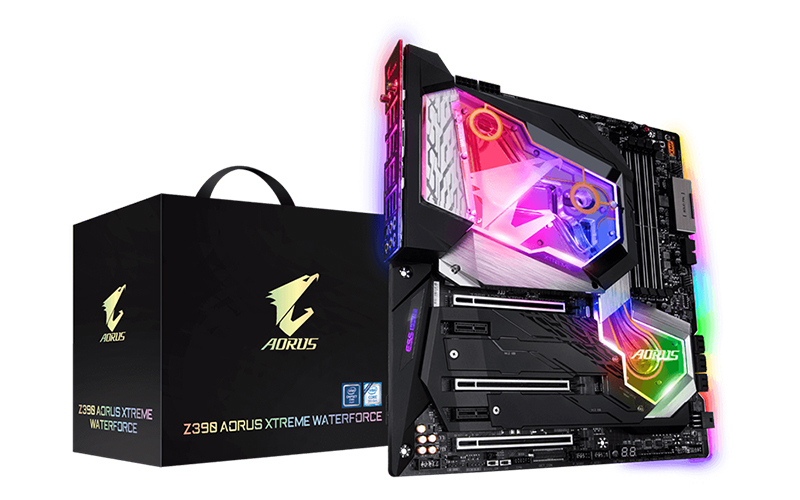 Gigabyte has revealed a new flagship Intel Z390 motherboard, and it’s one that’s truly worthy of the Xtreme moniker. The Z390 Aorus Xtreme WaterForce is an E-ATX motherboard that features a massive all-in-one monoblock that covers both the VRM circuitry and PCH, so it was designed with liquid cooling enthusiasts in mind.

The monoblock has a built-in leak detection circuit as well and is decked out in customizable RGB lighting.

The board also boasts a beefy 16-phase power delivery circuitry and an eight-layer 2x copper PCB that helps provide more power trace paths between components to handle greater power loads. In addition, there are dual 8-pin CPU headers to supply extra power to the processor. 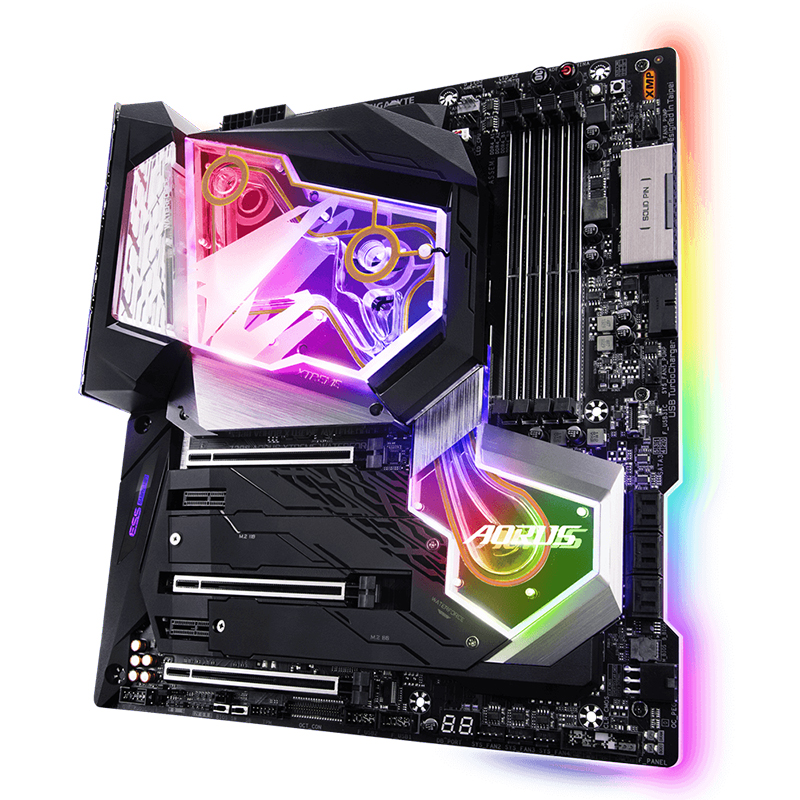 Gigabyte even included a 6-pin PCIe power connector on the motherboard to supply multi-GPU configurations with sufficient power.

Like the Z390 Aorus Xtreme, the WaterForce also has an area dedicated to overclocking with a range of buttons and switches. There’s also a header to connect the OC Panel add-in card, which provides additional manual overclocking controls like BCLK and CPU core ratio adjustments.

On the storage front, there are six SATA 6Gbps connectors and three M.2 sockets. Each M.2 socket also has its own Thermal Guard heatsink to prevent thermal throttling.

Finally, there’s a rich selection of connectivity options, including dual Thunderbolt 3 ports, two Ethernet connectors, one of which supports 10Gbps speeds, and onboard Wi-Fi. The integrated I/O shield helps simplify the installation process, and it’s adorned with RGB LEDs as well for a really striking look.

Join HWZ's Telegram channel here and catch all the latest tech news!
Our articles may contain affiliate links. If you buy through these links, we may earn a small commission.
Previous Story
X'mas Gift Idea 1: The ultimate video and travelog companion
Next Story
Macaulay Culkin is Home Alone again in this new Google ad