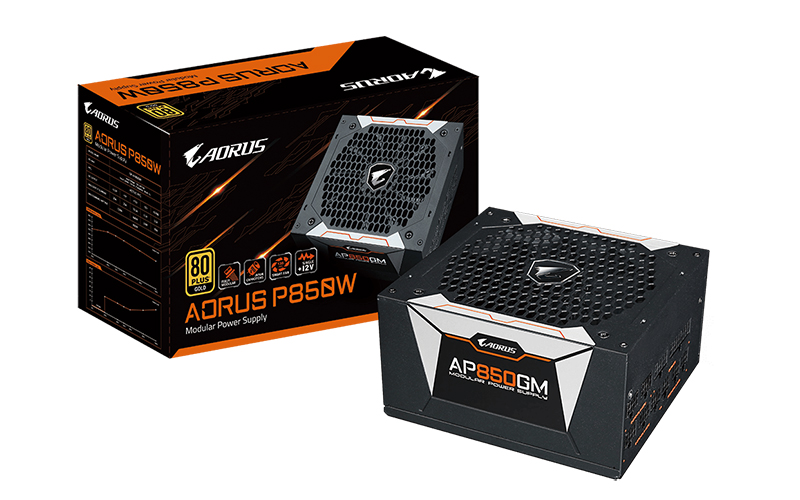 Gigabyte has announced the Aorus P750W and P850W, the first power supplies under the Aorus brand. The Aorus name is traditionally associated with high-performance gaming, so the new PSUs are unsurprisingly higher wattage units with features such as fully modular cables and an 80 PLUS Gold power efficiency.

The Aorus PSUs utilize 100 per cent Japanese capacitors and premium internal components, which Gigabyte says improves reliability and product longevity. In addition, it uses a single +12V rail design, which according to the company is the optimal approach for overclocking.

They are equipped with a 135mm fan with smart temperature control features, so it’s automatically adjusted according to power usage. If power usage falls below 20 per cent, the fan will automatically stop spinning to save power and reduce noise.

Finally, both the Aorus P750W and P850W have the usual built-in over voltage, under voltage, over power, over temperature, short circuit, and over current protections.

Gigabyte is backing its power supplies with a 10-year warranty.

Join HWZ's Telegram channel here and catch all the latest tech news!
Our articles may contain affiliate links. If you buy through these links, we may earn a small commission.
Previous Story
Say goodbye to multiple remotes with the AICO Smart Egg *updated with promo code*
Next Story
Create your own listening room with the new Audeze LCD2 Closed-Back