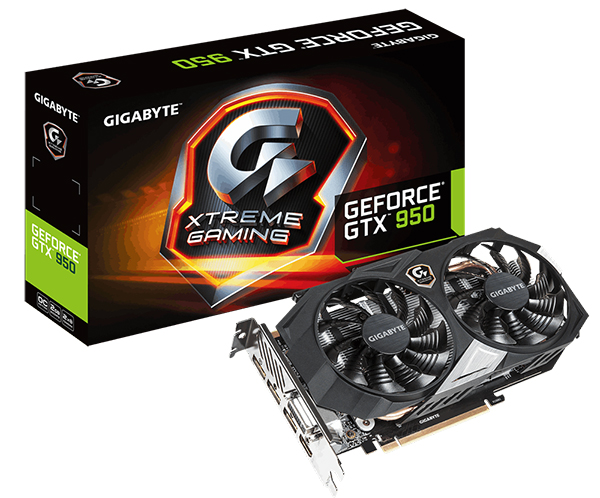 We’re also pleasantly surprised to see that Gigabyte has included a metal backplate on the card, given that it’s supposed to be a budget card. This means more protection for the card’s PCB and its overall structural integrity. 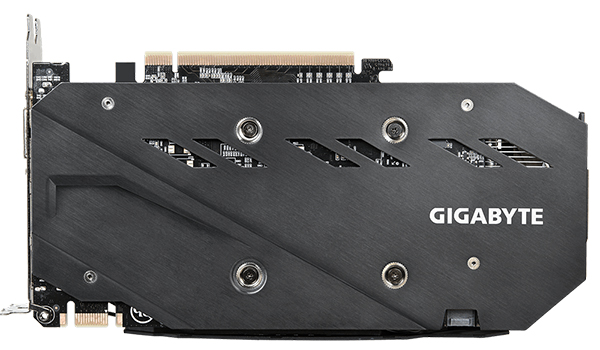 In addition, the PCB features something Gigabyte refers to as a breathable aerospace-grade coating that supposedly protects against moisture, dust, and corrosion. Gigabyte says this will come in handy in regions of high humidity or temperatures, and could even guard against damage from coolant leaks in liquid-cooling setups.

Finally, the card uses the same chokes and capacitors as the NVIDIA GeForce GTX Titan X, an interesting choice for a card that never pretends to deliver cutting-edge performance. Of course, it’s also factory overclocked, with a 1203MHz base clock and 1405MHz boost clock, up from the reference 1026MHz/1190MHz base and boost clocks respectively. Memory clocks have also been bumped up to an effective memory clock of 7000MHz, compared to the reference card’s 6600MHz.

Instead of a 6-pin connector, you’ll also now need a single 8-pin power connector to power the card. The minimum power supply requirement is still 350 watts – the same as the reference card – so the 8-pin connector is probably there to bolster the card’s overclocking capabilities.

Join HWZ's Telegram channel here and catch all the latest tech news!
Our articles may contain affiliate links. If you buy through these links, we may earn a small commission.
Previous Story
The new Lian Li PC-Q21 is a tiny but spacious mini-ITX chassis
Next Story
Apple Watch: New gold and rose gold aluminium Watches, Hermès leather bands and more