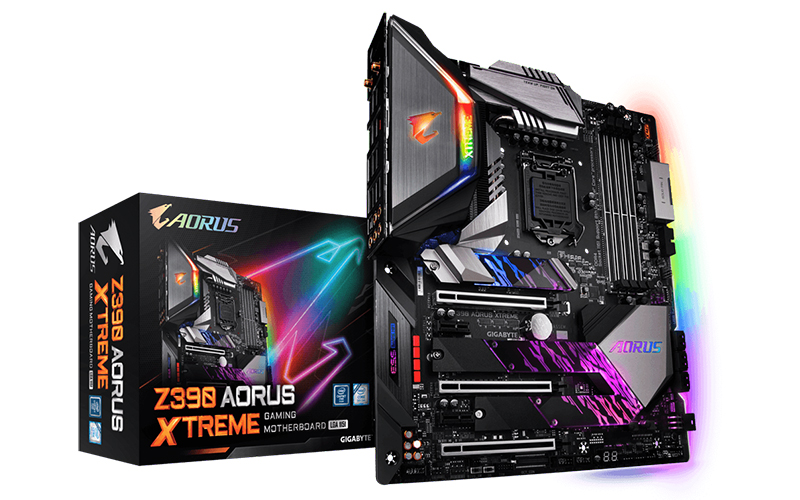 Gigabyte has taken the wraps off the Z390 Aorus Xtreme, its flagship Z390 motherboard that’s crammed with a ton of features for overclocking. The company has already announced its full line-up of Z390 boards, so it’s clearly saved the best for the last.

This is an E-ATX motherboard that’s dressed for its role at the top of Gigabyte’s Z390 line-up. It features large heat sinks and an aluminum base plate with a nanocarbon coating to improve thermal conductivity.

The finned heatsink design also increases the amount of surface area available for heat dissipation, and it works in tandem with four direct-touch heatpipes to keep the VRM components running cool.

The Z390 Aorus Xtreme was built to help you squeeze as much as you can out of the Intel Core i9-9900K. For instance, it comes with a 16-phase power design, an eight-layer PCB, and two 8-pin CPU power connectors. The board also relies on solid pin connectors, which supposedly offer a larger contact area for electricity, a longer lifespan, and a better ability to sustain higher power and heat.

On top of that, the board ships with an additional PCB called the OC Touch Panel. This comes with a bunch of physical buttons and switches for overclocking adjustments. You can tweak the BCLK and core ratio, among other things, and there are also six more 4-pin fan headers for extreme cooling configurations.

When it comes to storage expansion options, you get six SATA 6Gbps ports and three M.2 sockets. The M.2 sockets also come with their own heatsinks to prevent thermal throttling. 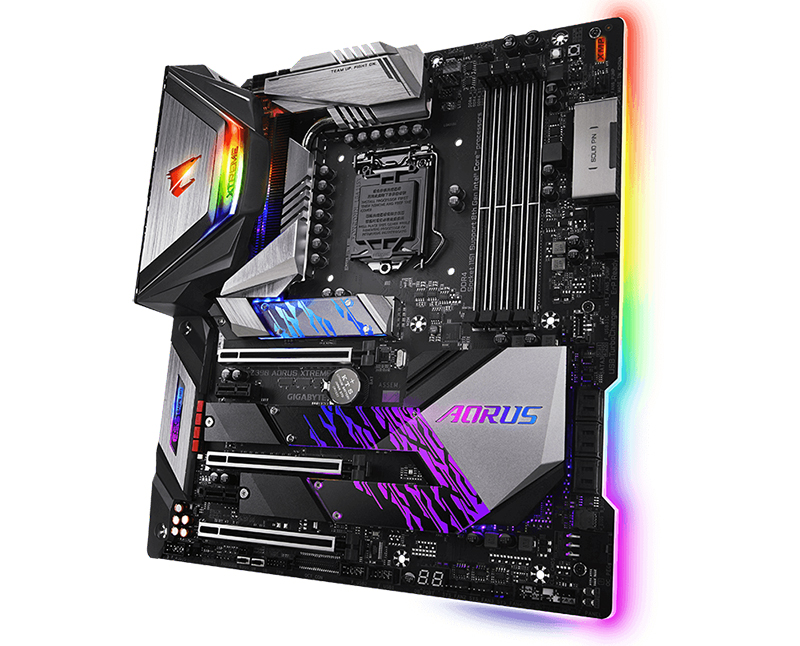 The motherboard itself has eight 4-pin fan headers and eight temperature sensors. The board also comes bundled with a dedicated fan controller, which Gigabyte calls the RGB Fan Commander. It adds eight more fan headers and eight addressable LED headers to the mix, in addition to two USB 2.0 headers for USB RGB devices and two external temperature sensors. It is equipped with a magnetic base, so you can easily snap it into place somewhere discreet if you’ve got a steel chassis.

Gigabyte has got all the bases covered when it comes to networking options as well. It features dual Ethernet ports, one based on the Intel I219-V controller and the other based on the Aquantia AQC107 10 Gigabit controller. There’s also support for 802.11ac Wi-Fi and Bluetooth 5.0, with the former supporting a maximum throughput of up to 1.73Gbps.

Previous Story
Repair fees of iPhone XR almost on par with the iPhone 8 Plus
Next Story
Apple, AMD, Huawei and Qualcomm are TSMC's top customers for 7nm chips in 2019