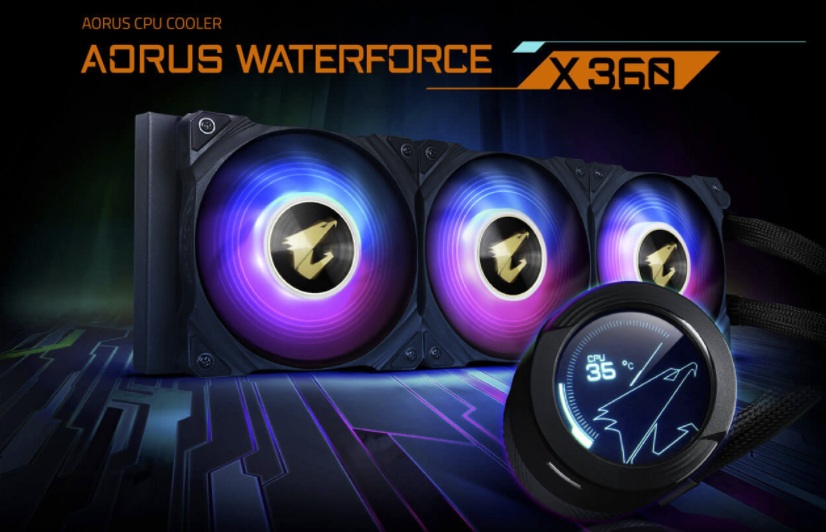 While the more pertinent details about Intel’s Alder Lake processors aren’t officially announced yet, there has been some information floating around like the overall increase in the size of the CPU package and socket to accommodate the hybrid architecture that pairs high-performance and low-powered cores for increased power efficiency.

On Rocket Lake processors, there are a total of 1200 pins on the LGA 1200 socket, while the Alder Lake one is LGA 1700 which is an additional 500 pins. That may render previous generations of motherboards and CPU coolers incompatible to support the new layout. 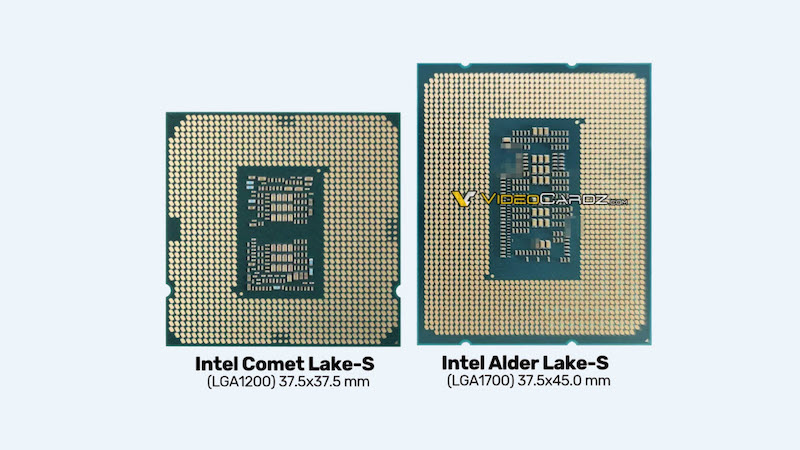 Most importantly they have increased the diameter of the tube to 7.8mm, up from 5.1mm, presumably from their previous Aorus Liquid Cooler. By enlarging the tubing size, the rate of flow increases by 37% and helps with efficiently dissipating heat.

The fan used also got an upgrade and now feature a graphene nano lubricant bearing structure along with a ceramic axis which supposedly improves the durability of the fans by “2.1x” and doesn't subject you to noise from the ball bearing when the fans operate at low fan speeds. Oh, each of these spinning blades feature addressable RGB as well so you can create really personalised fluid lighting effects thanks to RGB Fusion 2.0 software.

These differences seem to add up; in Gigabyte’s testing using Cinebench multicore tests on AMD’s Ryzen 9 5950X with the X240 version, the AIO was able to cool the processor sufficiently that it managed a boosted 4.6GHz clock rate on all 16 cores of the high-end processor. That's pretty impressive considering the beast of a processor the AMD Ryzen 9 5950X represents.

Currently, there are three models of the new AIO liquid cooler: the X360, X280, and the X240. The numbers represent the fan configurations that are compatible with the radiator size so the X280 model supports twin 140mm fans. The other two models employ 120mm fans.

The pump on the Waterforce X Series of AIOs has a massively customisable LCD panel which you can configure using Gigabyte’s RGB Fusion 2.0 software too. The 60mm circular LCD display now supports custom text input and even custom videos, GIF and JPEG display (via microSD card) to spice up your desktop rig's windowed display. Of course, be it enticing graphics or more functional information display, you'll want to be able to view the contents of the LCD comfortably and to that extent, the LCD display on the Waterforce X series is also rotatable (up to 330 degrees) to adjust you're preferred viewing angle. 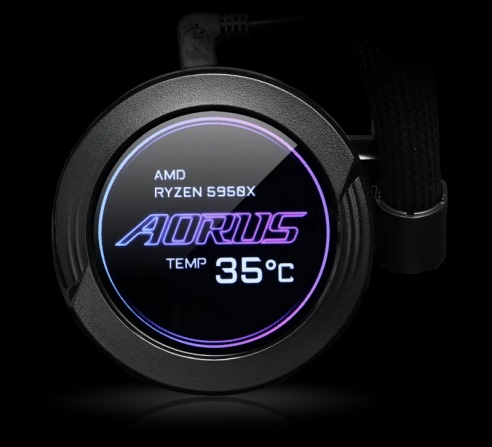 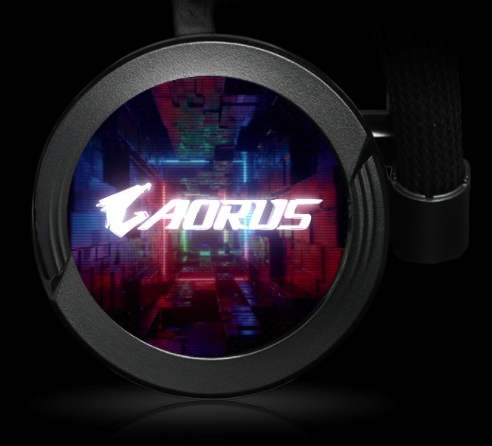 Meanwhile, the heart of the pump itself is governed by the Aorus Engine which manages the cooler's heat dissipation parameters based on processor clock rates, water flow, CPU utility percentage, monitoring VRM temps and more by controlling the fan and pump RPM effectively to meet user preference settings on the operational mode.

We'll update this story again for availability details, but we’ll probably see them somewhere in the future when Intel is ready to unwrap the full details of their new 10nm desktop processors.

Join HWZ's Telegram channel here and catch all the latest tech news!
Our articles may contain affiliate links. If you buy through these links, we may earn a small commission.
Previous Story
OnePlus will unveil its first smartwatch tomorrow
Next Story
Realme launches C21 smartphone with 5,000mAh battery and triple AI camera