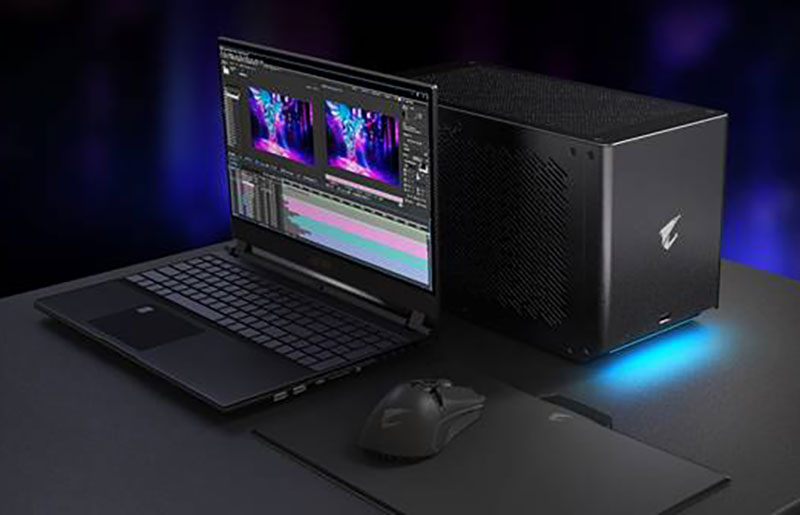 Gigabyte today announced the Aorus RTX 2080 Ti Gaming Box, the world's first external graphics dock to feature liquid cooling, according to the company. However, while most other external graphics solutions are just empty enclosures for you to insert your own GPU, Gigabyte is making your mind up for you. The Gaming Box comes with a GeForce RTX 2080 Ti, so you can expect a serious performance boost.

The Gaming Box uses a speedy Thunderbolt 3 interface, which means it can work with any ultrabook or laptop that has a Thunderbolt 3 port and supports external graphics cards at the firmware level. However, the GeForce RTX 2080 Ti would probably be wasted on an ultrabook with a 15W processor, as the CPU might end up being the limiting factor in many games.

However, the Gaming Box could still come in handy for tasks like video editing, 3D animation, and graphics design. 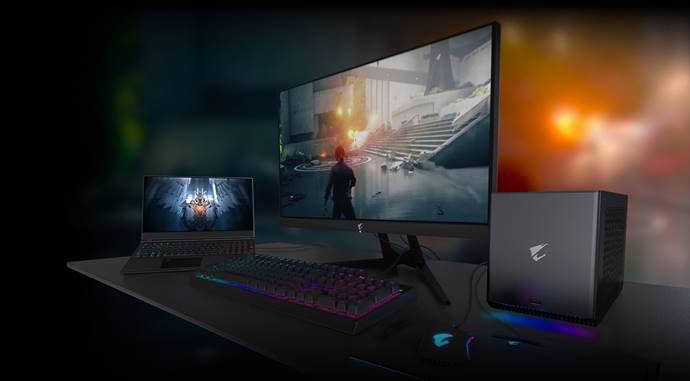 That aside, what's neat is the built-in all-in-one liquid cooling system. The GPU, VRAM, and MOSFETs are all cooled this way, and the Gaming Box features a 240mm aluminum radiator with two 120mm fans and a large copper plate. Gigabyte says this also helps reduce noise, so you shouldn't be bothered by whirring fans. The company makes the Aorus RTX 2070 Gaming Box as well, but that doesn't have liquid cooling.

On top of that, the Aorus GeForce RTX 2080 Ti Gaming Box has an onboard network chip that lets you plug an Ethernet cable directly into the dock, so you can take advantage of faster, wired connections.

RGB lighting is available too, and it can be synced with other devices in Gigabyte's RGB Fusion 2.0 ecosystem.

Join HWZ's Telegram channel here and catch all the latest tech news!
Our articles may contain affiliate links. If you buy through these links, we may earn a small commission.
Previous Story
Google acquires Fitbit for $2.1 billion
Next Story
ASUS ZenBook Duo and Pro Duo are a dual-screen dream