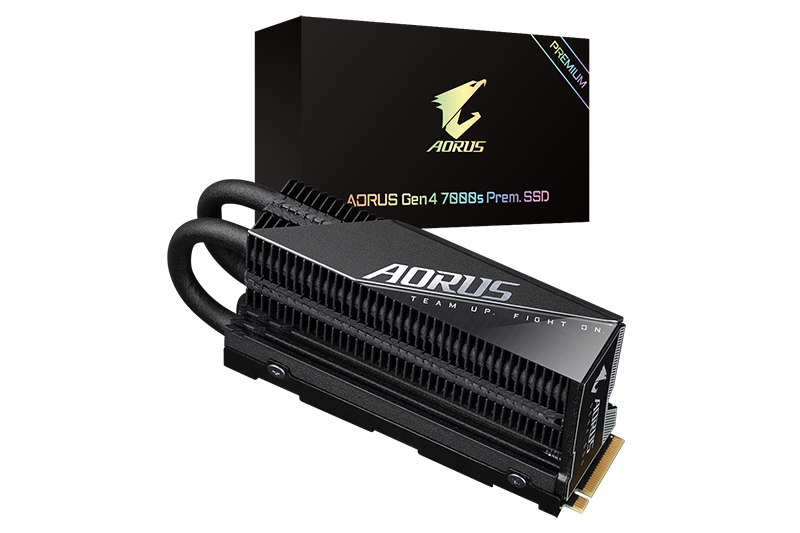 While this isn’t Gigabyte’s first PCIe 4.0 SSD, the new Aorus Gen 4 7000s Prem. is the latest and greatest to push the performance metrics further. Awkward naming scheme aside, it also comes with improvements over the previous generation.

Housed in a new, matte-black heatsink dubbed the M.2 Thermal Guard XTreme, the nanocarbon coating and dual heat pipes provide passive cooling for the 3D-TLC NAND Flash controlled by the Phison E18, 8-channel controller. This level of cooling while sounding over-the-top might be needed because with rated read speeds up to 7,000 MB/s and write speeds of 6,850 MB/s, this SSD may thermal throttle if temperatures aren’t kept in check. 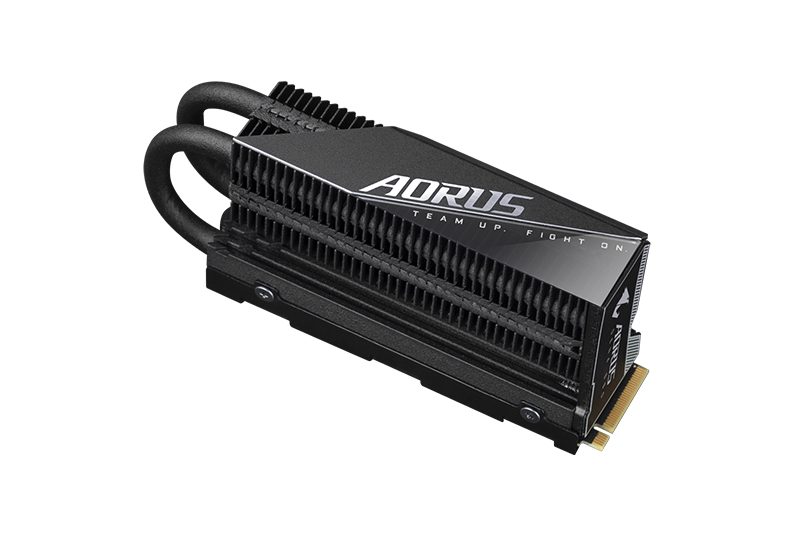 The SSD also features DDR4 DRAM cache, with support for AES-256 Encryption with NVMe 1.4 Interface. It’ll also fit snugly into existing 2280 NVMe M.2 interfaces, with PCIe 4.0 support on compatible AMD X570, B550 or Intel’s Z590, B560, Z490, and H470 motherboards alongside the right processors to achieve those read/write numbers. While it requires an industry-standard M.2 2280 slot and form factor, take extra precaution that the vicinity around and above this slot should be clear to house its enlarged heatsink.

As for capacities and availability, they can be had in either 1TB or 2TB variants, going on Gigabyte’s official local Shopee site for S$389 and S$699 respectively.

Join HWZ's Telegram channel here and catch all the latest tech news!
Our articles may contain affiliate links. If you buy through these links, we may earn a small commission.
Previous Story
Google gifts Workspace to all, not just paying customers
Next Story
Google’s first-ever physical retail store to open in NYC on 17 June