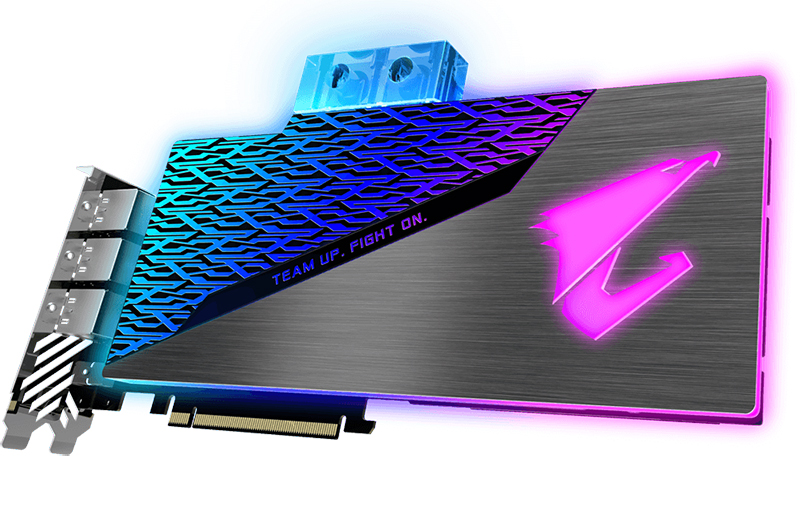 The WaterForce WB 8G saves you the trouble of installing a third-party water block and voiding your warranty in the process. The integrated copper water block comes with customizable RGB Fusion 2.0 lighting that you'll be able to sync with your Aorus motherboard and other compatible devices. It also covers all the crucial components on the card, including the GPU, VRAM, and MOSFETs, so the card should be able to stay cool even when overclocked.

On top of that, Gigabyte says the PCB also uses an aerospace-grade coating that is both dust- and moisture-proof. Compared to the reference card and its 1,815MHz boost clock, the WaterForce WB card clocks higher at 1,875MHz.

In addition, the RGB lighting can be viewed from both the front and back of the card, so it's pretty much guaranteed to be one of the more eye-catching fixtures in your build.

If you don't intend on setting up a custom loop but still want to liquid-cool your card, there's always the WaterForce 8G. You just need to make sure that you have space to mount the 240mm radiator, which also comes equipped with two 120mm RGB fans. 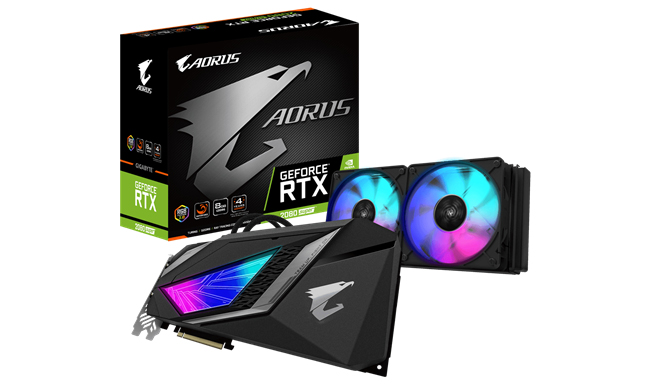 Both WaterForce cards are equipped with a whopping total of seven video outputs, comprising three HDMI 2.0b, three DisplayPort 1.4, and one USB-C output.

If you register on Gigabyte's website within 30 days of purchase, you'll also get an additional one year of warranty coverage, for a total of four years.

Join HWZ's Telegram channel here and catch all the latest tech news!
Our articles may contain affiliate links. If you buy through these links, we may earn a small commission.
Previous Story
Apple reportedly wants to use own 5G modems in some of its products by 2021
Next Story
The new RX100 VII is the latest addition to Sony’s premium compact camera series