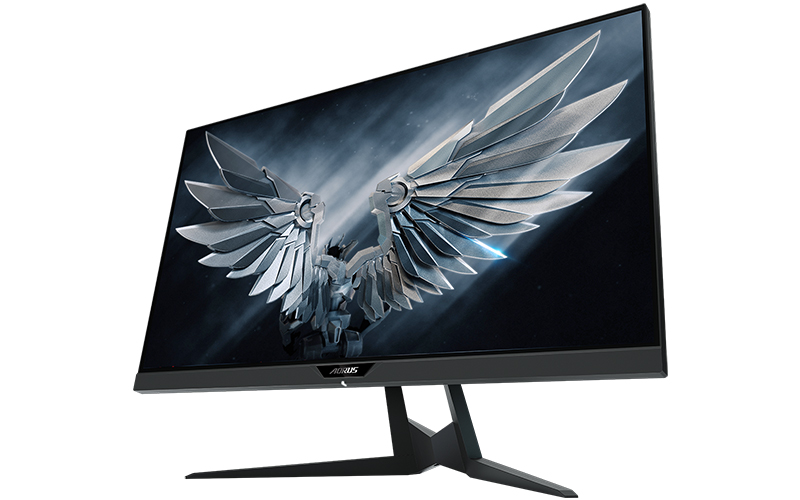 Gigabyte has announced yet another "tactical" gaming monitor, and it's very similar to what we saw before. Coming hot on the heels of the Aorus FI27Q, the new Aorus FI27Q-P is basically the same monitor, albeit with upgraded versions of existing features.

For starters, the monitor now supports High Bit Rate 3 (HBR3), which increases the total available bandwidth to 32.4Gb/s. According to Gigabyte, this means you can enjoy the monitor's native 2,560 x 1,440-pixel resolution at 165Hz and a 10-bit color depth at the same time, saving you from having to pick which specification to sacrifice.

HBR3 was released with DisplayPort 1.3 in 2014, so it's actually not that new. It's used with the DisplayPort 1.3 and 1.4 standards today, and also supports various 8K resolutions with either less rigorous chroma subsampling or Display Stream Compression. 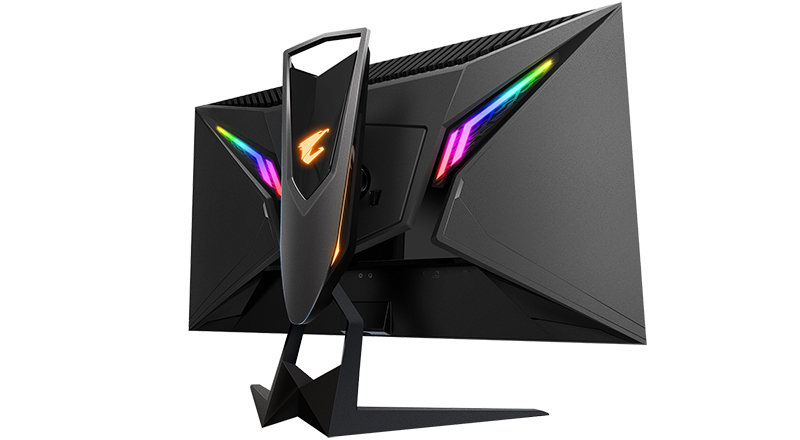 Other panel specifications remain unchanged, and the Aorus FI27Q-P still uses an IPS display with a 1ms response time, 95 percent coverage of the DCI-P3 colour space, and DisplayHDR 400 certification.

Gigabyte has also improved the Black Equalizer and active noise cancelling features on the original FI27Q. The FI27Q-P comes with Black Equalizer and ANC 2.0 for better picture and audio quality, while keeping existing features like Aim Stabilizer blur reduction and the OSD Sidekick to control the OSD using your mouse and keyboard.

Black Equalizer 2.0 is now able to process 1,296 partitions simultaneously and optimize the display to lighten darker areas of a scene and improve visibility. Presumably, this means a more refined approach compared to its predecessor and better contrast.

Elsewhere, ANC 2.0 now offers a better signal-to-noise ratio of up to 120dB and a higher maximum impedance of 600ohm to support higher-end headphones. Dual microphones on the monitor itself help to cancel out background noise, while the upgraded audio jack will now take more premium audiophile headphones.

Join HWZ's Telegram channel here and catch all the latest tech news!
Our articles may contain affiliate links. If you buy through these links, we may earn a small commission.
Previous Story
The Dell OptiPlex 7070 Ultra is a modular desktop PC that’s perfect for a minimalist workspace
Next Story
LG reportedly started mass production of camera modules for 2019 iPhones