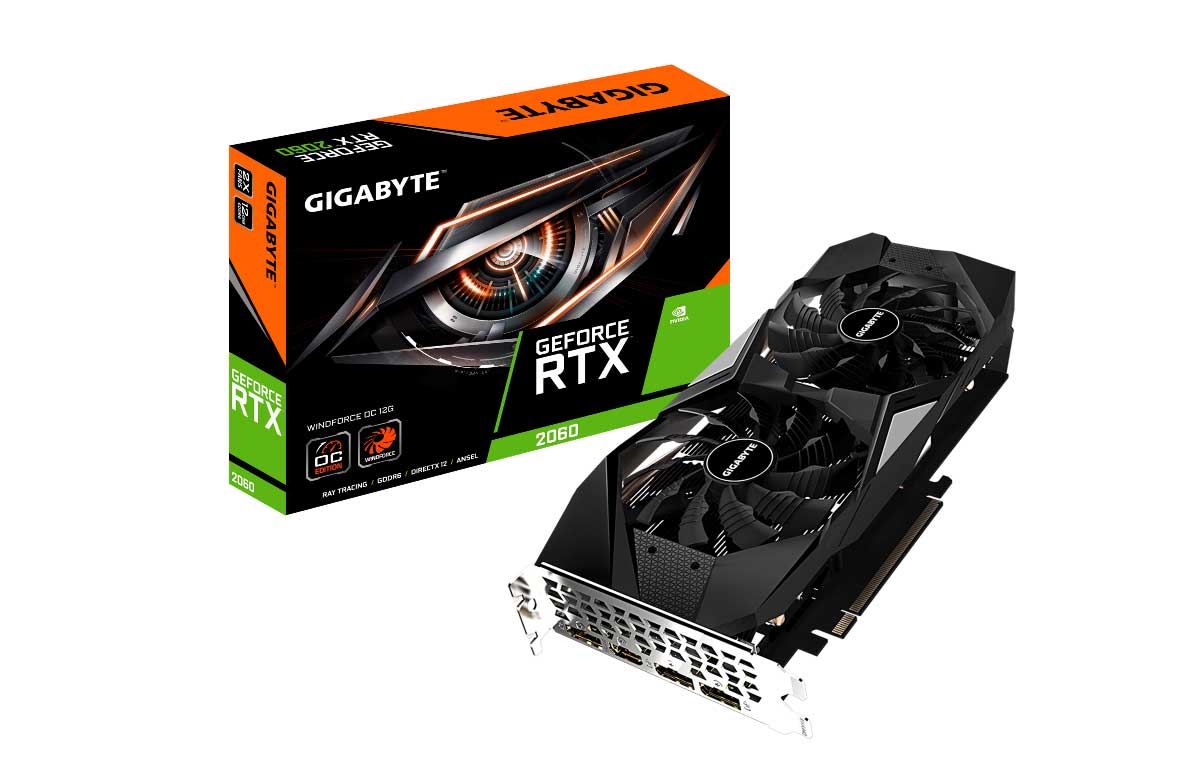 Both graphics cards utilise Gigabyte's own WindForce cooling system, a combination of multiple cooling mechanisms like a copper heat pipe making contact with the GPU and fans, as well as what Gigabyte dubs 'Alternate Spinning'. Essentially, the adjacent fans move in opposite directions, reducing turbulent airflow and increasing cooling efficiency.

Other than the memory change, there seem to be no apparent differences that these graphics cards have from their predecessors, the 2060 WindForce 6G and the D6 6G. Or at least, none that Gigabyte made a note to mention. Keep that in mind, however, as we'll touch on that later in the piece.

A new old card for a global chip shortage

At first glance, the re-release of a last-gen midrange graphics card might seem a bit mystifying. Especially given the age of the RTX 2060 GPU, having been released in January 2019. But this is in line with Nvidia's initiative to re-release older GPUs to combat the ongoing global chip shortage, including old names like the GTX 1050 Ti. As reported by The Verge as well, today (7 Dec) is meant to be the release date of the GeForce RTX 2060 12GB.

Indeed, Nvidia's page for the RTX 2060 was updated recently to show new specs for a 12GB version of the card, including changes such as an increase in CUDA cores from 1920 to 2176, and a slightly lower boost clock of 1650MHz from a higher base clock of 1470MHz. It's important to note, however, that no such mention of these upgrades was made by Gigabyte in their press release so we can only assume they followed Nvidia's GPU specs. 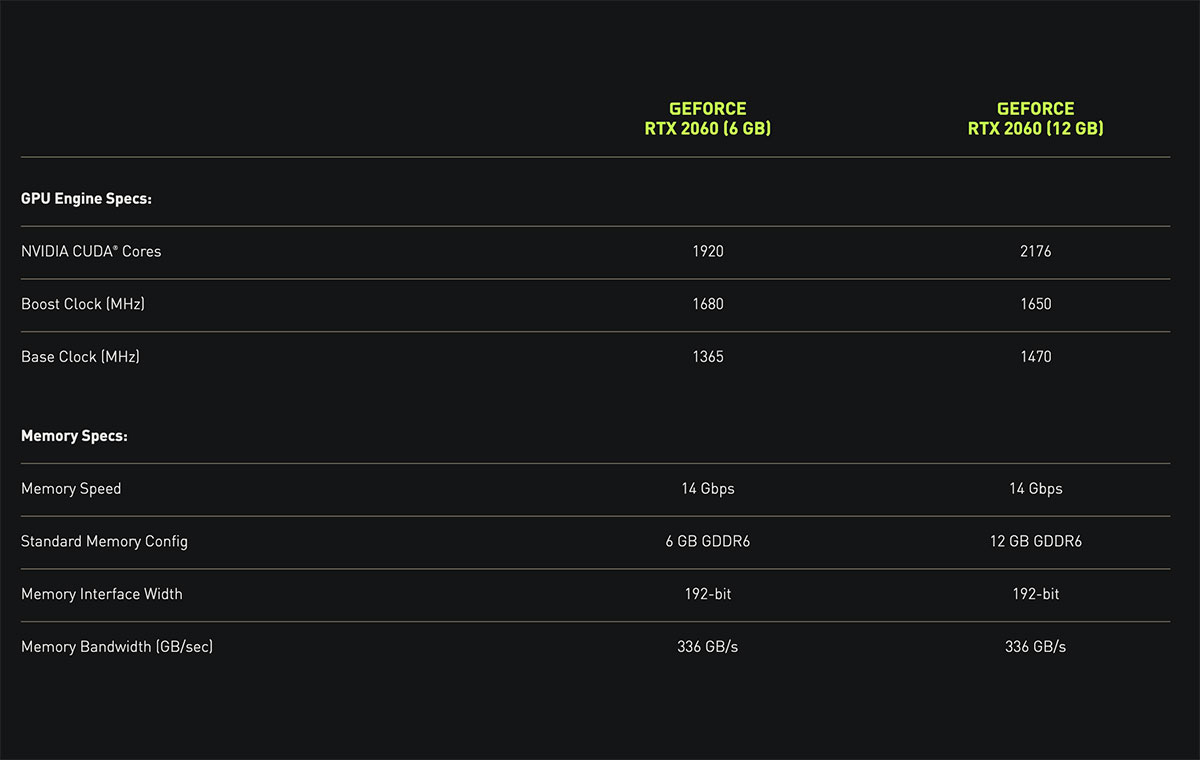 Rumours of a Gigabyte RTX 2060 first came when EEC (Eurasian Economic Commission) filings for four new RTX 2060 cards from Gigabyte were uncovered by Twitter user @mamomo_us in November, and reported by digitaltrends.

It also seems Gigabyte won't be the only one hopping in with a 12GB RTX 2060 as well. MSI appears to be working on a new RTX 2060 card, with videocardz reporting a French retailer inadvertently listing an MSI GeForce RTX 2060 Ventus 12G OC.

As for Nvidia itself, though, it seems it won't be joining the fray with one of its own Founders Edition cards, with it having been reportedly canceled.

As for the Gigabyte RTX 2060 12GB cards, there's no news of its availability or pricing, with neither of the cards mentioned showing up on Gigabyte's listing (as of this writing). In any case, we'll keep you updated on any potential changes or additions to the RTX 2060 12GB lineup.

Join HWZ's Telegram channel here and catch all the latest tech news!
Our articles may contain affiliate links. If you buy through these links, we may earn a small commission.
Previous Story
Get down to game this festive season with the Aftershock Artisan Series
Next Story
macOS Monterey 12.1 will fix MagSafe charging and YouTube HDR bugs, but will not have Universal Control